Lunar: the Moon in your hand and an augmented reality app 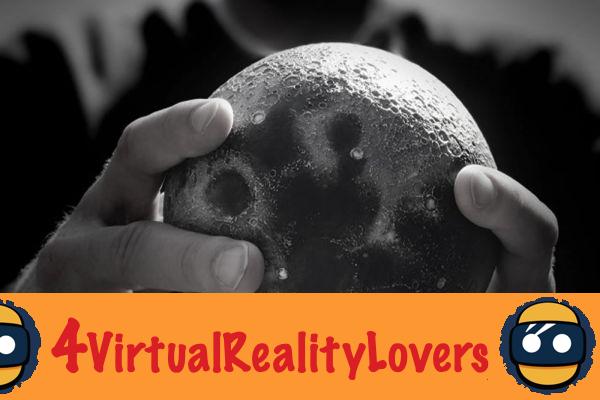 The Moon is our one and only natural satellite. With a diameter of 3.474 km and located 384.467 km from our Earth, this star has always fascinated humanity. From our planet, only one side is visible to us. This extra-terrestrial object is the only one to have been visited by humans. Its influence on Earth is well known, as is its influence on living beings. Its hidden face remained invisible to us until the Soviet probe Luna 3 took the first pictures and the first mapping. Thanks to Lunar, this fascinating star can now find its place in the palm of your hand and its secrets be revealed through augmented reality.

Lunar is a very faithful reproduction of the Moon

The teams of the company AstroReality, at the base of this project, designed an impressive replica of the Moon in scale 1: 28,969,000. The American firm uses the cutting edge of 3D printing technology allowing a reproduction of a accuracy of 0.006 millimeters per pixel. The start-up relied on data collected by NASA on the Moon to offer this reproduction of excellent precision, both in its visible face and its hidden face. 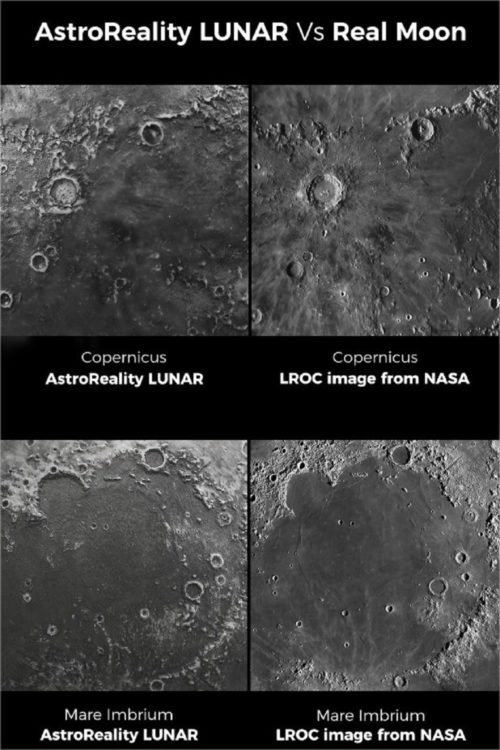 Each crater, crevasse and ancient volcano appear there faithfully, just like the reproduction of the colors of our natural satellite which, in turn, are made by hand.. Two and a half years of work were needed to design the basic model in accordance with the data provided by NASA. The comparison of the Lunar replica with the photos of the American agency is strikingly realistic as you can see above.

The interest of Lunar does not lie only in the faithful reproduction of the Moon but also very much in its application in augmented reality. This AR application is a colossal source of information on our natural satellite. The user can also learn about the various space missions carried out on this star as well as of course the Apollo exploration missions but also on a large number of secrets hidden by the Moon. 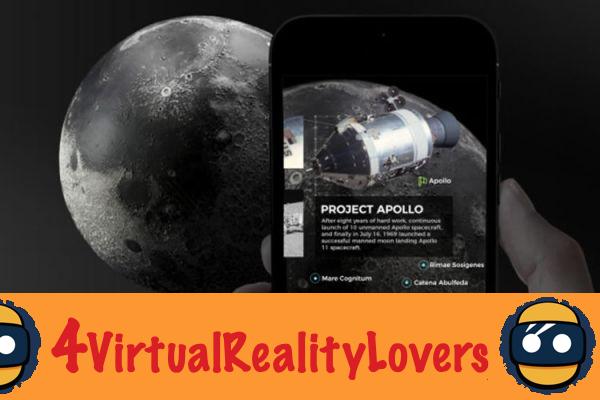 Lunar is being funded to move to commercialization. A crowfunding operation was recently launched on the “IndieGogo” platform to see here. By financing from $ 179, you will be able to obtain, from the month of November, a 12 cm replica of our star.. Other models, 8cm and 3cm in diameter are also available as, of course, the augmented reality application.

Nvidia - A virtual reality HQ thanks to Iray ❯

PowerRay: an underwater drone with virtual reality headset for fishing

YouRescue: a VR device that initiates, in 5 min, the gestures that save

Add a comment from Lunar: the Moon in your hand and an augmented reality app