- son are one of the main limitations of virtual reality headsets today. Bulky and restrictive, these cables reduce the feeling of immersion in virtual environments. Several companies are already seeking to remedy this problem. For example, Valve has partnered with TPCast to develop a system to use the HTC Vive wirelessly.

In this context, the Australian startup Immersive Robotic has developed a universal wireless VR streaming and inline compression system. This system is designed from the ground up to work with all PC VR headsets. According to IMR, the device offers a latency of less than 2-3 milliseconds, and offers a minimal compromise in terms of image quality. Called Mach-2K, this system connects via WiFi. In development since 2015, this solution is very promising. 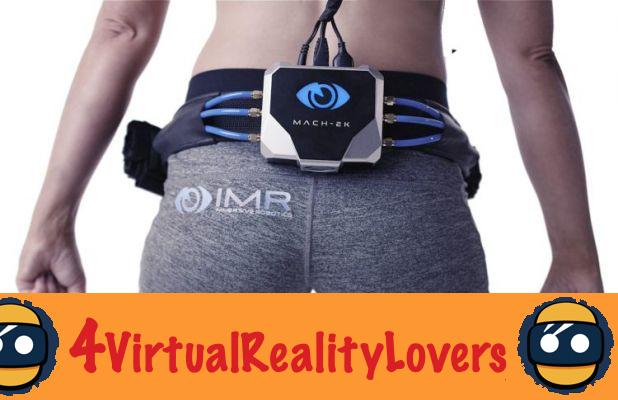 Immersive Robotics was co-founded by Tim Lucas and Dr Daniel Fitzgerald. Initially, Lucas was a vehicle designer who also worked on VR photogrammetry projects. He succeeded in developing the first VR simulation of a 3D environment scanned from an airplane.

Fitzgerald meanwhile is an aeronautical engineer with a PhD, who specialized in the drone industry from its infancy. It has developed an autopilot software for drones, a project allowing him to apply his talents for the development of algorithms.

Faced with the rise of consumer virtual reality, the duo quickly realized that consumers would probably want to get rid of the wires that constrain them. He then decided to develop a system around proprietary software algorithms to transmit images to VR headsets without the need for cables in order to exploit this opportunity.


Mach-2K, a wireless VR device designed for the long haul 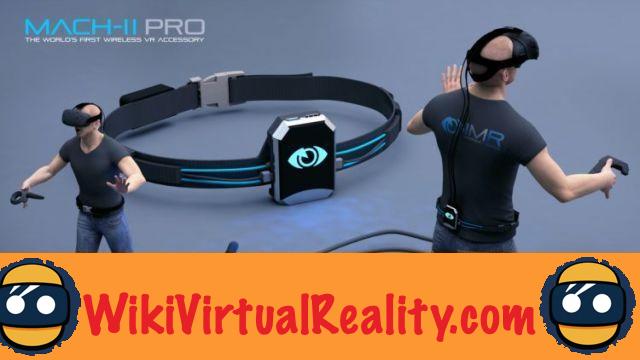 The two men then developed a video compression algorithm capable of compressing data at a rate acceptable for current wireless technologies, while eliminating the flaws of current compression technologies such as the addition of considerable latency. For example, the algorithm is able to compress the data of the HTC Vive up to 95% with less than a millisecond of additional latency.

The Mach-2K assembles a battery-powered receiver, small enough to be worn on a belt by a player. The unit is then connected by USB, audio and HDMI and by a transmission device connected to a PC offering a native resolution of 2160 × 1200 at 90Hz for the virtual reality headset.

These two devices work in tandem to compress and decompress the image at the source and at the destination. They are originally designed to support resolutions of 4k by

In summary, the Mach-2K offers a maximum resolution of 4K per

Take to the moon with Andy and the Oculus Rift! ❯

add a comment of Mach-2K: a universal system for wireless VR