Magic Leap One: a rather disappointing first demonstration 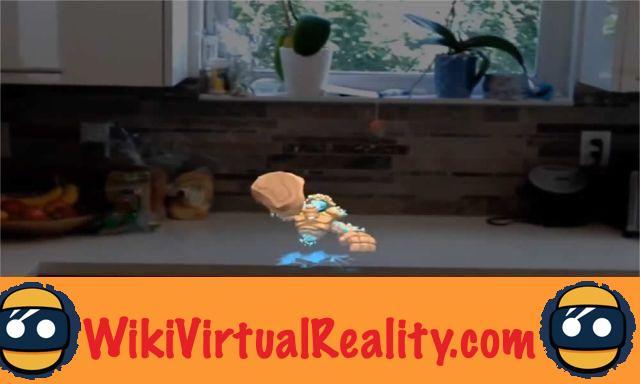 From the first (fake) videos showcasing the Magic Leap One and the total secrecy surrounding mixed reality glasses, we've all been waiting to finally see the potential of the product that was heralded as revolutionary. Magic Leap unveiled, yesterday, a first video showing the rendering of its glasses and ... it's a disappointment! We were all expecting something spectacular and this first demonstration did not really live up to expectations. Did Magic Leap present only a small part of the immersive potential of its mixed reality glasses or does the product not live up to expectations?

Magic Leap One demo: hardly better than an iPhone

It was on Twich that we had to be present yesterday at the beginning of the afternoon to finally see a first demonstration of Magic Leap One. Images captured in mixed reality glasses have finally been shown with a Golem that throws stones that the user must stop with their hands. Even if the graphic quality is at the rendezvous, the demonstration was really nothing impressive and resembled that of a HoloLens or applications running on ARKit ... far from the impressive videos that Magic Leap had accustomed us to !

After the disappointment of this first demonstration, it must be remembered that this is in fact a technical demo intended above all for developers. IIt is very likely that the choice of the application was not to impress but simply to show a little of the technical potential of Magic Leap One. We hope that the next demonstrations will be much more spectacular. The only good news from this presentation yesterday, we learned that the glasses would be available for the end of the summer.

add a comment of Magic Leap One: a rather disappointing first demonstration