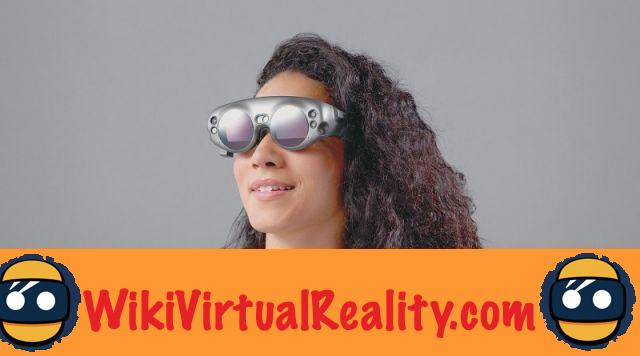 At the beginning of June 2018, Magic Leap had promised to finally lift the veil on his Magic Leap One augmented reality headset. Unfortunately, while we expected to discover the technical capabilities of the device, the live hosted by Magic Leap on Twitch turned out to be very disappointing.

The organizers were content to give superficial information about the helmet, such as the usefulness of the different buttons or the way the device sits on the head. The real questions everyone has, like the price and the precise release date of the Magic Leap One, have been carefully avoided.

After eight years of development, $ 2,3 billion in funds raised, and above all a release date announced for the end of 2018, it seems high time for Magic Leap to put an end to the suspense. The Is Magic Leap One really a revolutionary device doomed to sell itself by the millions, or just an excessively teased gadget destined to be forgotten as soon as it is marketed?

Magic Leap One: the technical characteristics finally unveiled next week?

Difficult to know, knowing that only a few developers and investors have had the privilege of trying this device. However, in the face of general impatience, Magic Leap decided to repent. The company promises today that a real technical demonstration will take place during the next Magic Leap Live session.

In addition, the firm plans to reveal some of the technical characteristics of the helmet. We could therefore finally discover the definition of the screen, the field of vision, the dimensions or the real selling price of the Magic Leap One.


The next Magic Leap Live session will be broadcast on Magic Leap's Twitch channel, July 11, 2018 at 20:XNUMX p.m. PT. Our journalists will cover the event, hoping that the company will keep its promises this time.

add a comment of Magic Leap One: finally a real demo of the AR headset on July 11, 2018