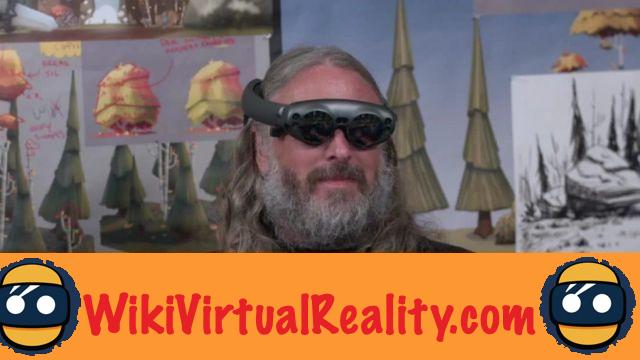 Finally. After eight preparation, we finally know when the Magic Leap One will be marketed. As promised, the AR headset will be available in 2018 ... and even sooner than you might think, since the device will be available by the end of the summer ! We know that it will be distributed in the United States by the operator AT&T, but it is not known who will be the company's partner in Europe.

In addition, Magic Leap reveals that its mixed reality headset has a Nvidia Tegra X2 processor with two Dever hearts. The 64-bit operating system is based on Linux. The company also recommends that developers use the Vulkan API if they want to build their own game engines.

Faced with the impatience of potential buyers, and after a very disappointing first Magic Leap Live session in June 2018, Magic Leap has finally decided to lift the veil on the real capabilities of its device. A developer was therefore invited to present a video of his game.

For the first time, these are images directly captured using the Magic Leap One that were presented. It is therefore an important step for the American company which has been developing its device in the greatest secrecy for so many years.

Unfortunately, this is not a live demo, since the images were recorded before the session. Captured in a living room, the video features a game in which the player faces a golem who throws stones at him. The creature fits into the user's real environment in a very convincing way. It then throws projectiles at the user.

Magic Leap One: a convincing demonstration, but not very impressive 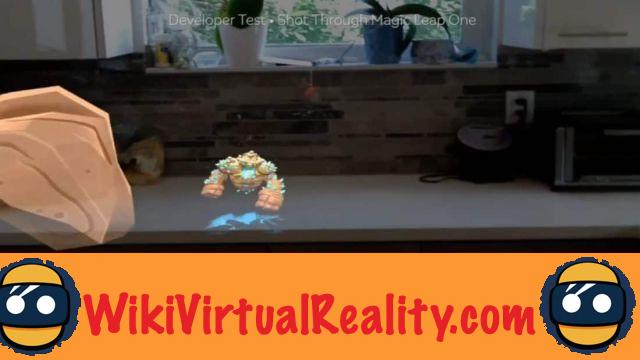 The helmet is therefore able to detect horizontal surfaces, such as tables or sofas, as smartphones already do thanks to Google ARCore and Apple ARKit. Also, this is not seen in the 2D video, but Magic Leap claims that the user will be able to see and hear the stones being thrown at them in 3D. Indeed, each eye receives different images and the audio is spatialized.

The object of the game is to avoid the stones thrown by the golem or to block them with the hand. Indeed, the helmet is capable of follow player movements with six degree freedom of movement (like PC VR headsets) and track the user's hand movements through built-in sensors and cameras.

The demonstration presented on July 11, 2018 was nice, but not as impressive as you might expect. It is difficult to see, for example, what really differentiates the Magic Leap One from the Microsoft Hololens. This demo therefore leaves us a little bit hungry, especially after the way Magic Leap announced its product as a real revolution.

However, it was only a small game to highlight the technical capabilities of the device. We will have to wait to see a real video game to know what the Magic Leap One is really capable of.

add a comment of Magic Leap One: first demo video and release date