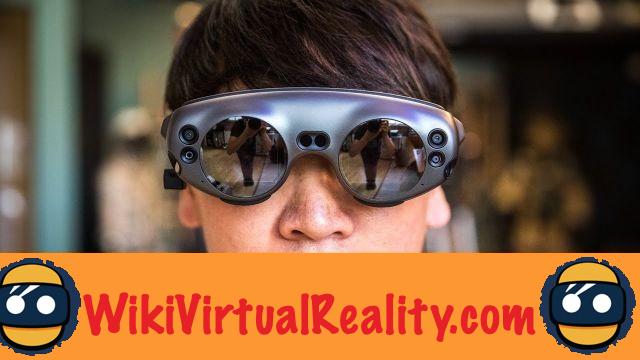 For almost ten years, Magic Leap has developed its augmented reality headset in the deepest of secrets. During all these years, the American company founded by Rony Abovitz promised mountains and wonders and announced its "ML1" as a revolutionary product capable of changing the world.

Unfortunately, during its long-awaited launch in August 2018, the product was disappointing on many points. And, according to a report published by, it seems that Magic Leap has paid a heavy price for its false promises ...

According to the source, Rony Abovitz allegedly told investors and employees that he planned to sell "at least one million units" during the first year. Faced with these somewhat disproportionate ambitions, the executives of the company would themselves have convinced him to revise his forecasts downwards and lower the objectives to 100 sales in one year.

However, even this objective, considered more realistic, was not achieved ... at all: during the six months which followed its launch, the Magic Leap One has only sold 6000 copies according to. For now, Magic Leap has not refuted this report.

By comparison, the Microsoft HoloLens sold nearly 50 units in two years. Also according to the source, the stocks of Magic Leap One were so important that the firm would have started to distribute copies for free to its employees. The American company would therefore have lost tens of millions of dollars per month during the year 2018. This allows us to better understand the dozens of layoffs that occurred in 2019 ...

Magic Leap One: The Story of a Business Disaster

Several factors can explain this commercial fiasco. Unlike Microsoft, which has chosen to target companies only with its HoloLens 1 and 2 headsets, Magic Leap attempted to target the general public directly. However, the price set at $ 2300 is far too high for most consumers.


Especially since the helmet itself has many weak points. His very limited field of view and lack of content proposed are clearly among the shortcomings that have hampered its success.

Despite everything, Magic Leap does not intend to throw in the towel. According to, as announced by Rony Abovitz at the launch of the Microsoft HoloLens 2, the firm is indeed working on an ML2.

This new device would offer a wider field of view, improved depth perception, and a much better display. The 5G would also be integrated, in order to allow outdoor use. It would also be smaller and lighter and offered in a wide variety of colors.

Nevertheless, according to "a person involved in the project", "fundamental technological constraints" would strongly slow down the development of this helmet, which is still at the prototype stage. Fact, its launch would not be expected for several years. We can conclude that Magic Leap made the mistake of wanting to rush to be first on the market ...