Many new and old businesses are working in virtual reality. France has many of these innovators who represent the hexagon well on the international technological scene. Here is an extract of these companies gathered in a mapping.

Virtual reality has become the next technological step in just a few years. Just like personal computers, laptops, the internet and smartphones, this technology is set to drastically change our lifestyles.. VR has been around for many years now, but in a form that is too complex and expensive to reach the general public. Everything to change in 2014.

It was during this year that Palmer Luckey announced the arrival of the Oculus Rift. A financially affordable device with cutting edge technology that is intended to make virtual reality ubiquitous in our lives. The history of VR headsets has taken its course and with it dreams and ideas have sprouted all over the world. Many of these have taken root as businesses and start-ups. 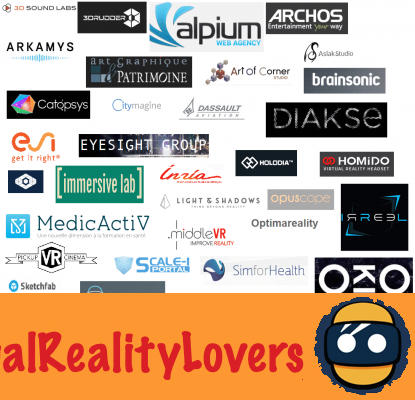 Many countries are included in this technological revolution. And France does not have to be ashamed when we see all the companies that work in virtual reality. Some have been studying these machines and their applications for several decades.. Others have decided to take the plunge, carried away by this wave of craze for virtual worlds. Whether in hardware or software, the Hexagon shines on the international scene for its innovations.

In this mapping, which includes many of these companies and organizations, only a part of the players in this environment is represented. Other start-ups that may revolutionize the VR ecosystem will be displayed on this mapping. But it represents for the moment a good extract of what the French are capable of in terms of virtual reality.

add a comment of Mapping of virtual reality companies in France