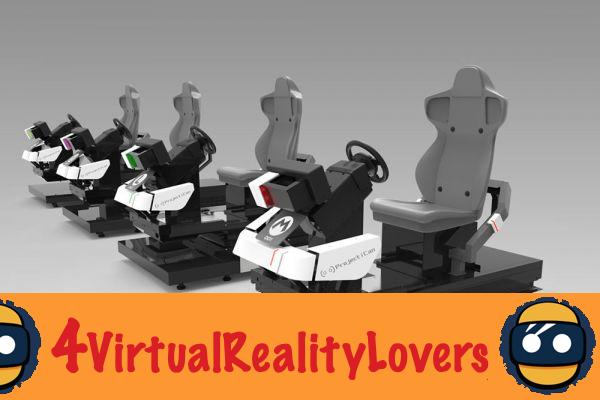 It's not just the E3 show, which is currently taking place in Los Angles, that has some nice surprises in store. The arcade room "Bandai Namco's VR Zone Arcade" has developed, in partnership with Nintendo, an incredible Mario Kart simulator in virtual reality.. A quick overview ...

It is obviously in the land of Nintendo that Mario Kart Arcade GP VR was born. This “Bandai Namco's VR Zone Arcade” arcade exclusive surpasses anything fans could imagine of a VR Mario Kart. The players take place in one of the 4 chassis reproducing a kart. These are equipped with a steering wheel, two pedals and a seat similar to those of a kart. The gamer then puts on two bracelets equipped with trackers as well as an HTC Vive headset and prepares for a race that he will not soon forget.

The simulator is very realistic and reproduces the jolts felt during the race. Playing Mario Kart on a simulator is obviously great, but playing it in virtual reality also exceeds the expectations of fans of the famous mustachioed. Bracelet-shaped trackers placed on the wrists are used to detect hand movements and these are important. Indeed, the player can catch bonuses on the fly but also throw virtual bananas at his competitors. Mario Kart Arcade GP VR is undoubtedly one of the major attractions of the “Bandai Namco's VR Zone Arcade” room, which nevertheless has many other surprises in store. 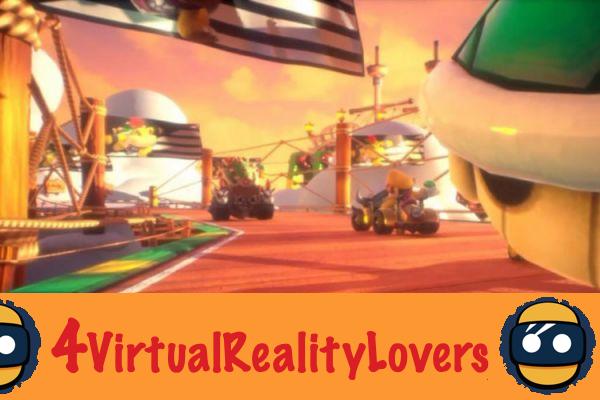 The “Bandai Namco's VR Zone Arcade” room will open its doors on July 14th. In addition to Mario Kart Arcade GP VR, this one will offer many games and simulators. Games like "Dragon Ball Z", "Ghost in the Shell" or even "Neon Genesis Evangelion" are on the menu of this arcade room entirely dedicated to virtual reality and which is truly extraordinary.. Over nearly 3.500 square meters, 15 virtual reality experiences, each crazier than the next, will be offered. 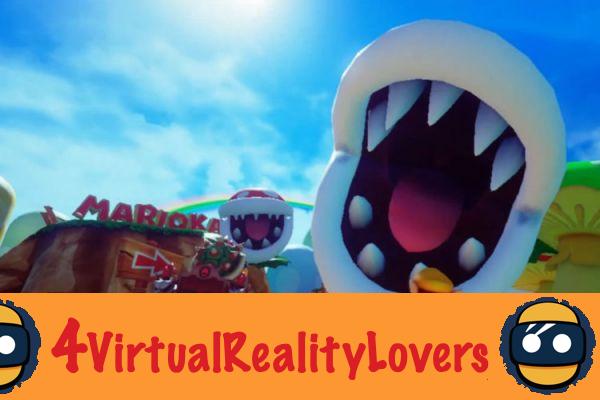 For people with a reservation, it will take 4.400 yen or about 35 euros to play 4 virtual reality games and 1.200 yen (about 10 euros) additional per additional activity. Entry without a reservation will cost 800 yen (around 6.50 euros) and you will have to pay 1.200 yen per game (around 10 euros). The arcade has great prospects as it hopes to attract a million visitors by March 2019 and plans to open other similar rooms around the world.