Oculus has just confirmed that the craziest superhero in the Marvel Universe, Deadpool, will be on the list of 12 playable characters at launch. In addition, several people had the opportunity to test the game as part of Comic Con in San Diego. Therefore, you can experience the gameplay of the game through this video of just over six minutes.

A few days ago, Jason Rubin announced that a new and very ambitious Oculus Studios game would be unveiled this week. It is now done. Oculus and Disney have just announced Marvel Powers United VR, a game from the famous American comic book universe. The title offers four players to unite as the superheroes of their choice to face the iconic super villains using their different powers.

Developed by Sanzaru Games, creator of VR Sports Challenge and Ripcoil, this game is a real dream come true for many comic book fans. Marvel had also admitted to having many major projects for virtual reality. The Spider-Man Homecoming experience, available for a few days, was finally only a first taste of what the comic giant was preparing.

The game trailer features three different players: a mechanic, an artist and a businessman playing the characters Hulk, Rocket Raccoon from the Guardians of the Galaxy, and Captain Marvel. The three players cooperate from different locations on a map to complete a mission. The gameplay seems to borrow from the genre of the rail shooter. Using the Oculus Touch controllers, players use their powers by throwing their hands forward to defeat vile aliens. 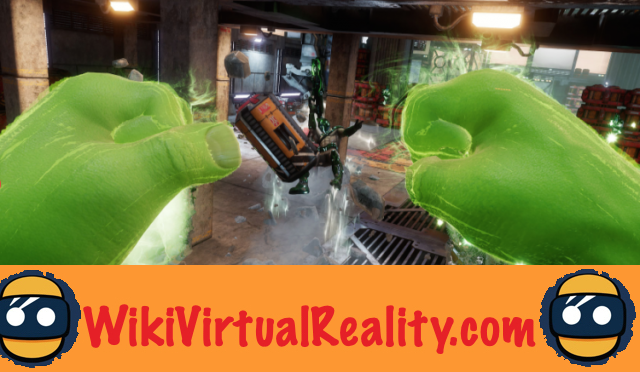 On does not yet know what the full roster of playable characters will be, but it is highly likely that the developer will draw heavily on the very many Marvel heroes to please enthusiasts. Expect to find the Avengers as well as the X-Men and other lesser-known but equally adored heroes. It's also possible that the characters from the Inhumans series are in the game, as Lockjaw makes a short appearance at the end of the trailer. A priori, more than 12 characters will be playable at launch, and various add-ons will undoubtedly be added over time. .

Marvel Powers United will be available exclusively on Oculus Rift later in 2018. A playable demo will be available next week as part of Comic-Con in San Diego. Suffice to say that the title risks establishing itself among the biggest successes in virtual reality, and allow Oculus to attract new users to its VR headset, which is increasingly affordable.