Medal of Honor: the disappointment of Christmas 2020? Steam test review and advice 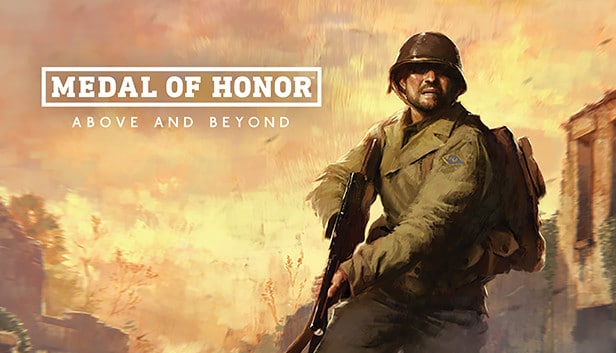 It is now certain: the year 2020 will remain one of the lowest that humanity has known. While we spent most of those 12 months confined and reclusive like hermits, gamers were hoping to at least be able to fall back on high-quality video games.

Sadly, video game Christmas starts badly since CD Projekt's highly anticipated Cyberpunk 2077 is a real concentrate of bugs on PS4 and Xbox One to such an extent that the developer undertakes to reimburse players.

What about the virtual reality side? The VR game at the end of the year had to be: a real blockbuster co-produced by Oculus and EA, developed by Respawn Entertainment.

Since its announcement at the end of 2019, the title is expected at the turn by all FPS and VR fans. The Medal of Honor saga is one of the cult shooters franchises, as is, and the stars seemed aligned for the game to establish itself as a new benchmark.

Alas! is finally available ... and the first reviews are far from dithyrambic. As well on the side of the players as of the specialized journalists, the disappointment seems to be the key word.

At , the game is rated 6/10. Tester Gabriel Moss found the game aesthetically pleasing, but laments an average VR shooter at best.

According to him, the game never really manages to capture the intensity of the action of WWII. Campaign and Survival modes are nice, but lack originality in terms of gameplay.

Given the price of the game and required features to play there, the American journalist considers that the title does not keep its promises. He nevertheless salutes the tribute to the soldiers of the Second World War, and the numerous interviews with veterans and virtual tours of historic places.

Same story at , where the game receives a rating of 5 out of 10. According to tester Ben Lang, “the war had never looked so bland”. Here again, we regret the lack of finish and daring in terms of gameplay essential for a good war game.

The journalist believes that the game does not deserve its award and its "AAA" production status by its simplistic gameplay and the stupid AI of enemies. Moments meant to be epic turn out poorly written and too soft.

In addition, nearly 20% of the game does not respect important practices of comfort in virtual reality. On the other hand, the tester also praises the gallery of documentaries on the world war as well as the multiplayer mode which should satisfy PvP fans.

Le website is a little more lenient and gives the game a score of 3 out of 5 stars. Journalist David Jagneaux liked the gameplay, and in particular the campaign he found varied and on which he spent more than 10 hours.

He believes that the mechanics of the different weapons are accessible, while remaining realistic. The multiplayer is also praised, and termed “addictive”. Another plus point is the impressive and detailed graphics.


In contrast, the critical tester too frequent loading screens that interfere with immersion. The tone and pace of the campaign is considered inconsistent, while a multiplayer progression system is sorely lacking. Finally, the characteristics required to play are described as ridiculously high.

Medal of Honor VR: what the players say

On the player side, enthusiasm is also moderate. On Steam, the game currently has nearly 500 reviews with an average rating of 6 out of 10.

Many users regret no settings for graphics, performance issues, bugs, and poor game mechanics. Interactions with objects are strongly criticized, because they lack naturalness and tend to buggy.

Faced with these many negative opinions, Michael Doran of Oculus is already announcing on Reddit an upcoming patch to correct these flaws. This update should notably allow smoother rotations, a resolution of the issues of bugs when entering weapons, and improvements in terms of bugs and comfort.

The games presented during the Facebook Connect conference ❯

add a comment of Medal of Honor: the disappointment of Christmas 2020? Steam test review and advice