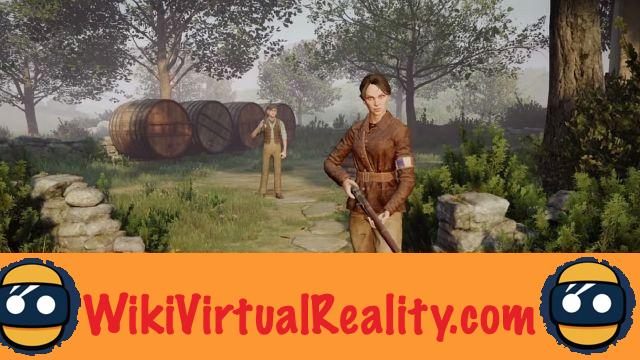 Announced late 2019, new VR game from the Medal Of Honor franchise, subtitle Above and Beyond, finally has a release schedule, set for Christmas 2020. Better, it will be necessary to prepare for the imminent arrival of a new trailer.

The world premiere of the video will be on the opening night of the virtual edition of the Gamescon tomorrow, August 27. To introduce it, Geoff Keighley, the master of ceremonies, announced on Twitter the presence of the game's director, Peter Hirschmann, and the CEO of the studio Respawn Entertainment, Vince Zampella.

So expect to discover never-before-seen details of what awaits you on this adventure. Also in his tweet, Geoff Keighley also confirms the exit of this exclusively VR version of Medal Of Honor for Christmas 2020.

In fact, since its announcement in 2019, Respawn Entertainment has only leaked very little information on the title, developed by Titanfall. We only know that the game will take place during the Second World War and will take players to the four corners of the globe in campaign mode. In addition, a multiplayer mode should also be part of this landing in virtual reality, but nothing official has yet confirmed.

Medal Of Honor, Above and Beyond also on Quest for Christmas?

A small detail of Keighley's tweet also sparked comments on the web. Indeed, he specifically mentioned that the game would arrive on " Oculus Gaming ". Two little words that make you think that the Quest could also have its own version. A hypothesis all the more plausible that a post on the Oculus blog does not specify any headset while in 2019, the Rift was put forward.


In fact, this title will be one of the last major games concocted by Facebook for the Rift. Perhaps even too ambitious for the Oculus Quest, but we will have to wait until tomorrow to find out.


In any case, count on us to keep you updated on this Medal Of Honor: Above And Beyond until its release in Christmas 2020.

The legal battle between Magic Leap and NReal continues ❯