Medusa and her Love: a PS VR game about an ancient Greek legend 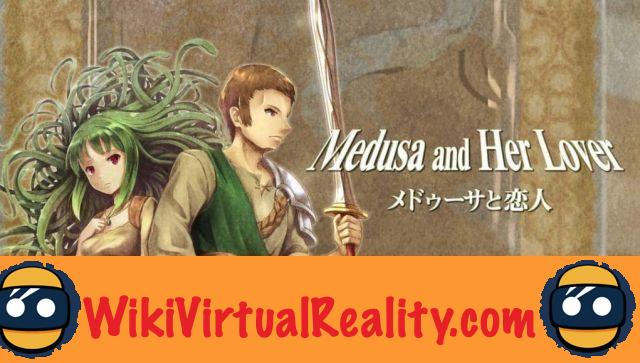 Medusa and her Love is an original virtual reality game that will immerse you in the heart of Greek mythology with Medusa, the cursed woman who turns anyone who looks her in the eye to stone.

Medusa is, in Greek mythology, one of the three gorgons. This mortal deity received a curse. Anyone who looks her in the eye is instantly petrified. She is often depicted with the hair of snakes. The Japanese studio "Ship of EYLN" has just launched its original game in Europe after having released it only in Japan last April.. The game is available now on PlayStation VR and it offers two game modes.

There are two main characters in the game Medusa and her Love. Medusa of course which can, thanks to its gaze, petrify enemies. Be careful, however, because she gets tired each time she uses this power and must close her eyes for a while to recover. The second character is Gaios, a young hero willing to help the gorgon and leave her the spell so that she can finally look at him because indeed, Medusa can also petrify the young man. Gaios fights with his sword and his courage.

It is possible to play two people in cooperation mode or to play it alone by controlling the two characters with a single DualShock 4 controller. Cooperative mode provides welcome verbal communication. You will face different monsters. The original game mode guaranteed "" according to Nishida Ryota, the game's creator. Medusa and her Love was available yesterday on PlayStation VR for $ 20.

add a comment of Medusa and her Love: a PS VR game about an ancient Greek legend