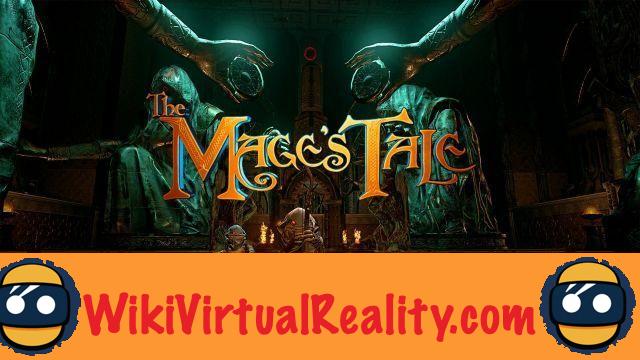 Obviously, the RPG is a video game genre particularly suited to virtual reality. After all, already in the days of the first role-playing games on paper, the basic principle was to embody your character and play your role to the full. However, more than any other medium, VR really allows you to step into the skin of an avatar, to transfer his soul there, and to immerse himself in his fictional universe.

So far, only a tiny fraction of the immense potential of the VR RPG has been harnessed with single player games like Skyrim VR or Vanishing Realms, or MMOs like Orbus VR. Nevertheless, Microsoft seems to be aware of the possibilities offered by VR for role-playing games.

Microsoft acquires inXile: a role-playing game in VR in the kitchen?

The Redmond giant has just announced the acquisition of the studio inXile Entertainment, to which we owe in particular the excellent ”The Mage's Tale“, a VR RPG released in 2017 on Oculus Rift and HTC Vive. Founded by the legendary Brian Fargo, inXile is best known for its RPGs for PC such as Wasteland 2 and Torment: Tides of Numenera.

Thanks to Microsoft, it is quite possible that the studio is pushing the boundaries of virtual reality role-playing games. Indeed, in a video announcing the acquisition, InXile claims that Microsoft will allow him to bring his wildest ambitions to life while preserving what made the success of its previous games. Last I heard, an RPG / open-world survival game was in the works. For now, however, the studio says its projects are on hold until further notice with the exception of Wasteland 3 and Bards Tale 4.

[Tutorial] How to play Robo Recall on HTC VIVE

Elijah Wood: Transference is not “a horror game” but a “psychological thriller”