Microsoft has developed a device to touch it in virtual reality

In virtual reality experiences, generally only two senses are used to trick the brain into believing it is having a real experience. However, anything that reminds the brain that this experience is virtual spoils the immersion. Since the beginnings of VR, different companies have tried to offer accessories to deceive other senses such as touch, smell (for example with the Vaqso VR device) and even studies focus on taste. After presenting a device allowing the use of objects with two hands in virtual reality, Microsoft's laboratory has just presented an original and surprising solution to improve touch in virtual reality. 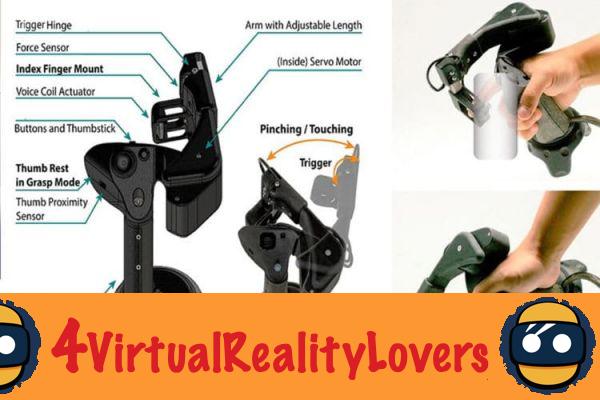 It is a team of engineers from the Microsoft Research laboratory who have developed various haptic interface prototypes to improve the sensation of touch in VR. Baptized "Claw", the first prototype looks like a classic controller equipped with a kind of clamp and a trigger reminiscent of a vaporizer. The thumb and middle finger are used. The thumb is housed in the upper part with buttons while the middle finger is positioned on the trigger. Using a haptic force feedback system, the sensation of grasping an object in virtual reality is transcribed. Vibrations are also used for the haptic aspect.

The prototype called "Haptic Wheel" by the Microsoft Research teams is a motorized wheel type accessory with different textures.. The user places his index finger on the wheel and the belt of the motorized wheel reproduces certain sensations such as, for example, a sliding of the finger on a surface or contact with a specific texture.Different wheels can be adapted for different touch sensations.


Lhe third accessory is none other than the "Haptic Links" that we presented to you a few days ago.

Microsoft prototypes but no planned marketing

Note that the various prototypes presented by the Microsoft Labs laboratory are far from being a marketable version. It will undoubtedly be necessary to further improve the products, miniaturize certain devices and find materials that allow them to be manufactured at a lower cost before considering a consumer version.. 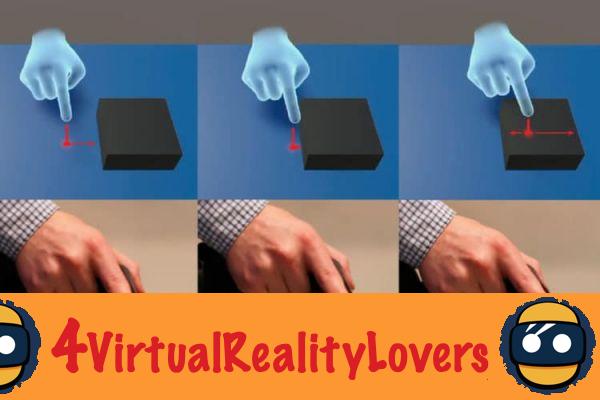 Moreover, no indication was provided on a possible marketing of the product. If the requirements cannot be met, it is highly likely that the products will never see the light of day. However, it is possible that marketing is possible but only to professionals for very specific applications without it becoming a mainstream product.