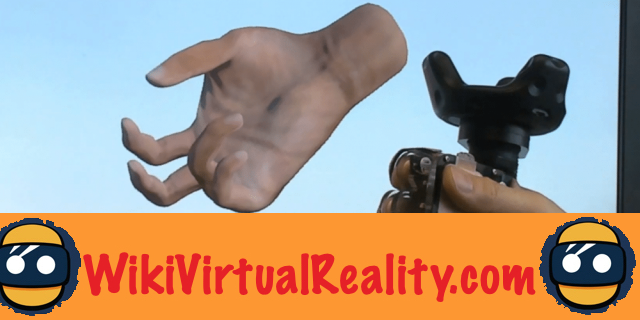 Always more realistic, always more immersive. Over the years to come, virtual reality will continue to evolve to offer us an ever more perfect illusion. As Facebook this week revealed a technology allowing whole body tracking with a single sensor, it's Microsoft's turn to offer us a glimpse into the future of VR.

Microsoft Research researchers just unveiled a new haptic controller for virtual reality with the code name TORC (TOuche Rigid Controller). This allows you to simulate the entry of small objects in the VR using the thumb and two first fingers.

The user's thumb rests on a capacitive surface, and both fingers are placed against linear actuators. By entering virtual objects, luser thus receives full haptic feedback.

Near the thumb, we also find a force sensor. Thus, the user's strength can be measured. The latter is therefore able to grab or release an object, and even rotate it in his hand by sliding his thumb on the capacitive surface.

Microsoft relies on neuroscience to trick the brain

The prototype presented by Microsoft is based on an HTC Vive Tracker sensor for position tracking. However, it is possible to use any tracking system.

If Microsoft manages to miniaturize this accessory and mass produce it, such a controller could be bundled with the next generation of Windows Mixed Reality headsets. This would be a big step forward for VR, as Valve has just launched its Knuckles controllers for the Valve Index allowing individual tracking of each finger ...