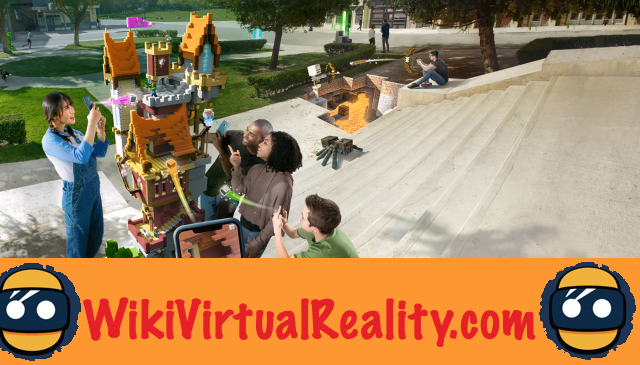 For the ten years of its famous game, Microsoft will release an augmented reality version on smartphones. Minecraft Earth will be available on iOS and Android starting this summer in beta.

Adapting successful games to augmented reality is particularly fashionable these days. After “Angry Birds”, “the Sims” or even “Ghostbusters”, it's now Minecraft's turn to find a new dimension with augmented reality. This new version of the famous cubic game should require players, like "Pokémon Go", to go outside to collect items and resources.. The game will be available on Android 7 and higher as well as iOS 10 and higher.

In its augmented reality version, Minecraft remains above all a creative game. Minecraft Earth, however, offers another scale to express its creativity.. Like "Pokémon Go" or even "Harry Potter: Wizards Unite", the game forces you to go out into the street to collect new creatures that you can use to populate your buildings. The game will then allow you to breed unique variants of these creatures.

Minecraft Earth in augmented reality will also be a collaborative game. You will be able to create masterpieces with friends by working together. You will be able to create, on a small scale, constructions with your friends indoors before taking them out, on a large scale, in nature. Mini-adventures in collaborative mode will also be on the program. As you can see in the video above, the possibilities offered by the augmented reality version of the game are huge. The game's closed betas will be released this summer without further details.