More and more used in newspaper articles, the term " mixed reality Is still quite vague for many people who are only barely managing to differentiate virtual reality from augmented reality. Is this often vague expression a synonym for augmented reality, an abuse of language or a real term adapted to define something very concrete? We will find out in this file. 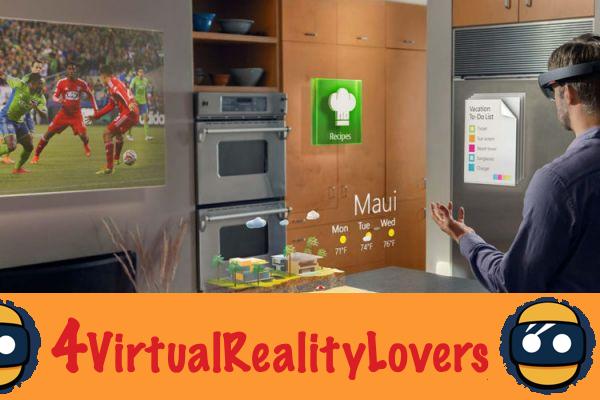 Mixed reality, MR for Mixed Reality in English, is also sometimes also called hybrid reality. Mixed reality is the fusion of the real world and a virtual world. This mixture produces a new environment and visualizations where physical objects in the real world and digital objects in the virtual world coexist and can interact in real time.. Thanks to immersive technology, a new world mixing the real and the virtual is therefore created.

In virtual reality, the user is immersed in a totally virtual world modeled in 3 dimensions. The user evolves and interacts in a totally imaginary world based on synthetic images. Virtual reality is also often associated with the ability to watch immersive 360-degree videos (real or synthetic image) in which he cannot interact this time.. Virtual reality requires the use of a helmet worn by the user in which the virtual images are projected on one or two screens placed in front of the eyes of the user. A concept therefore quite clear but which can be complicated if a camera present on the VR headset adds elements of the environment ... 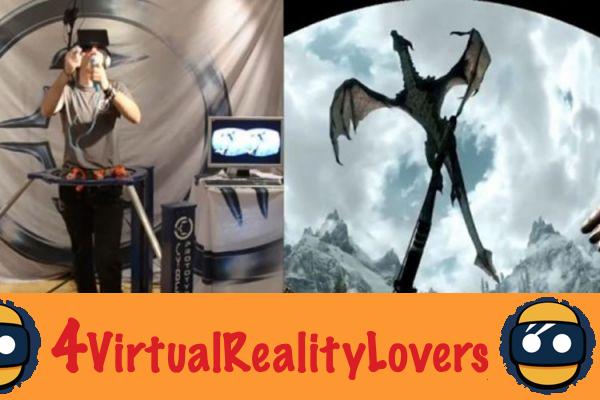 Augmented reality uses either specific glasses or a computer, tablet or smartphone. Information, in 2 or 3D dimensions is then displayed in the real world. Virtual elements are therefore added to the real world and can interact with it to provide additional information about the environment. By abuse of language, the vast majority of people and journalists include mixed reality in augmented reality. However, this is normally reserved only for adding information about the environment. This is typically the case for example with Google Glass glasses for example. 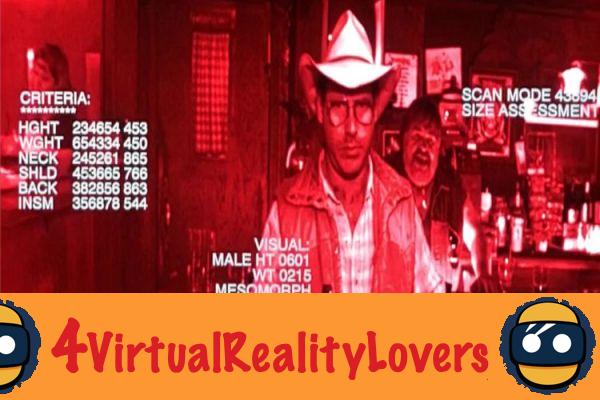 Unlike augmented reality, mixed reality adds synthetic objects to the real environment in the form of a hologram that the user can interact with. What is therefore often called augmented reality is actually mixed reality. A spectacle-type device is essential for MR. Hololens or Meta 2 glasses, for example, are necessary to be able to visualize virtual objects in the real world. There remains the particular case of the CAVE which is considered by some as a mixed reality technology while others believe that it is a technology in its own right that cannot be classified as falling under virtual reality, augmented reality or even mixed reality. 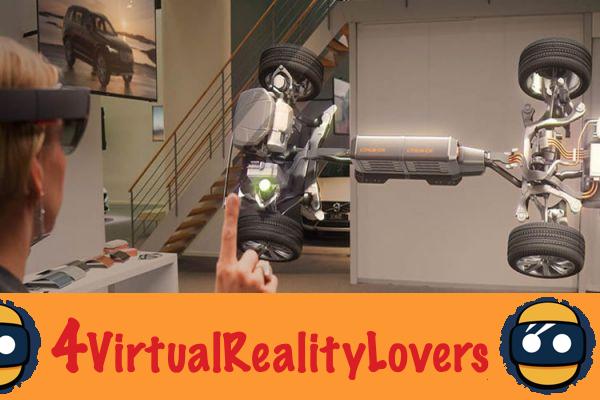 Unlike virtual reality, mixed reality glasses do not offer screens but a transparent visor on which are projected virtual elements that appear in 3D. These then appear to belong to the user's direct environment in the form of a hologram. Sometimes, a virtual reality headset with a camera sending real world images can also be used to create an MR. 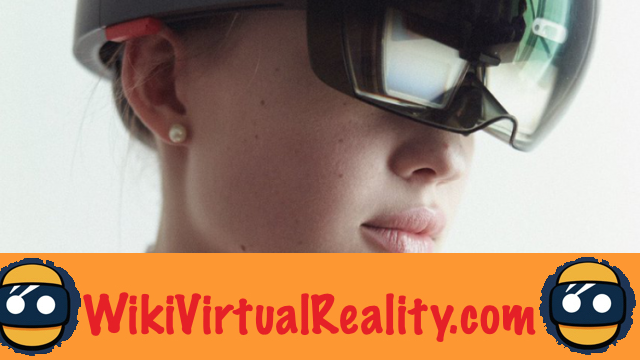 Many imagine mixed reality to be primarily about games and entertainment. However, it is towards professionals and towards education and training that mixed reality is oriented in priority. 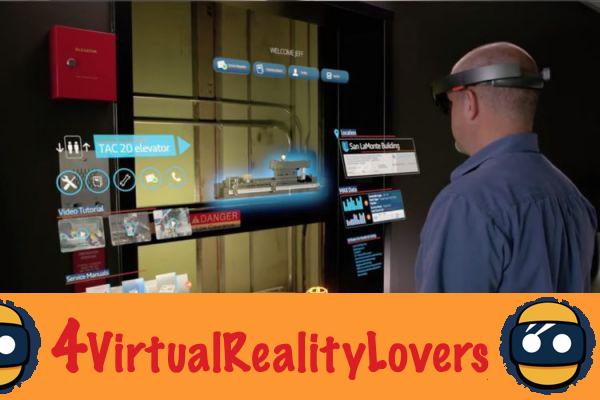 Microsoft regularly sells solutions for the maintenance of advanced equipment with Hololens glasses. Many designers and engineers are working on a mixed reality representation of a future product in order to improve the layout and visualize its practicality in advance. More and more architects are also adopting MR glasses in order to visualize in 3D a model of a building in order to find defects and improve its appearance.. Mixed reality is also increasingly used in training, education and learning.  A student can thus visualize in 3D an environment or objects in order to study their functioning or to carry out a safe learning in a dangerous environment..

Mixed reality technology is perfected but can still be improved. One of the big problems of mixed reality remains above all the price of glasses and the fact that the technology is not yet fully developed or democratized.. 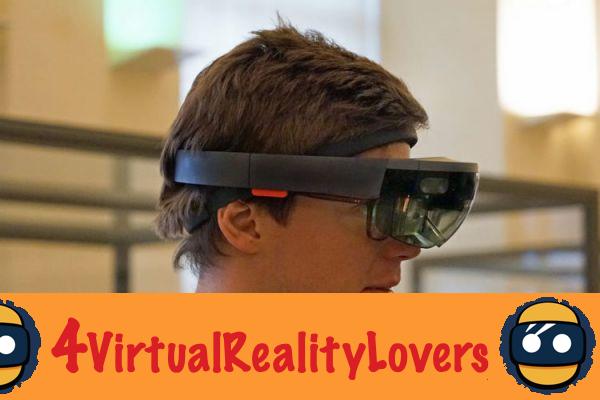 Hololens glasses currently cost around $ 3.000 and are primarily reserved for professionals and developers. This is the best device currently on the market.

The Meta 2 glasses are a cheaper alternative for mixed reality. Priced at around $ 950, the Meta 2 is currently only available in Developer Kit form.

There is still another possibility with Carton a mixed reality device. This Cardboard for MR is to make yourself for only a few euros. It is to mixed reality what the Google Cardboard is to virtual reality. A first approach at a very low price but also very limited in its possibilities.

Mixed reality projection: the next devices

Note, however, that other manufacturers are also developing such a mixed reality product. We can for example quote Magic Leap, an American start-up with colossal capital which has been developing, in secret and for years, a mixed reality technology announced as spectacular but which is slow to be presented. 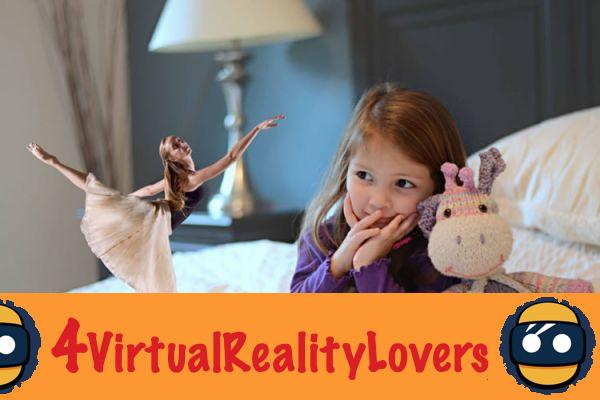 Finally, Apple is also reportedly working on an ambitious mixed reality glasses project. However, no official information has filtered since Cupertino, but there are many indications that the apple brand is also developing such glasses.

The future of mixed reality

Many experts, like Tim Cook, believe that mixed reality has a brighter future than virtual reality. Not being cut off from the rest of the world is one of the main arguments put forward by advocates of mixed reality. However, it is difficult to project into the future of this technology. The field of possibilities is colossal and remains, in large part, to be discovered.

Human resources - How to use virtual and augmented reality ❯