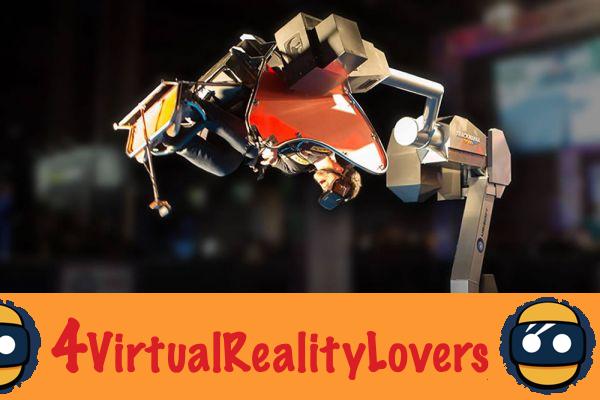 With MMONE, virtual reality takes on a whole new dimension and immersion becomes particularly intense. It is undoubtedly currently the ultimate VR accessory to feel movements and accelerations during simulations.. The fully articulated seat, designed by the Ukrainian MM Company, looks like it came straight out of a science fiction movie and is very reminiscent of the articulated arm used by Callum Lynch to relive the adventures of his ancestor in the film "Assassin's Creed". 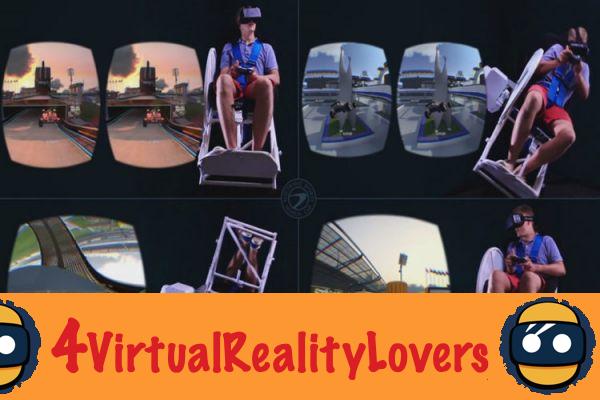 MMONE: an articulated seat that puts you upside down

Few virtual reality accessories currently make it possible to alleviate the discomfort felt during an immersion in VR due to the absence of movements and accelerations felt by the body.. Very interesting experiments were carried out in particular by mixing virtual reality and roller coasters but this could only be reserved for a few amusement parks. With MMONE, virtual reality spaces such as, for example, the MK2 VR in Paris, amusement parks or even shopping centers will be able to offer extremely strong sensations to virtual reality enthusiasts. 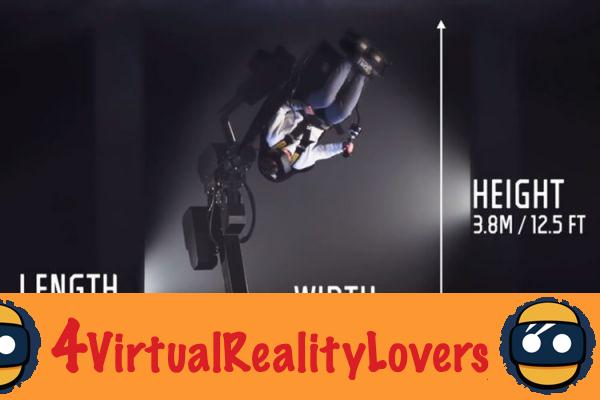 The MMONE is actually an adjustable seat mounted on an articulated arm that offers full 360 degree and 30 degree rotations in all directions. Cleverly adapted software makes it possible to reproduce very faithfully the movements normally felt during the experience in VR and which can reach up to 50 rotations per minute. The seat is obviously a bucket seat such as one finds in sports cars and is equipped with a harness far from superfluous. Here is an essential video to understand the full potential of the articulated arm:


MMONE is an articulated arm for extreme simulations in VR

Obviously, the MMONE articulated arm is not intended for all applications in virtual reality but is above all oriented towards extreme simulations. Air combat simulators, spaceship piloting or car racing are the most suitable applications and take, with the MMONE, a whole other dimension allowing the body to really feel the movements and accelerations as ample and intense as they are. With this articulated chair, the user is not playing a game, he is actually experiencing it. 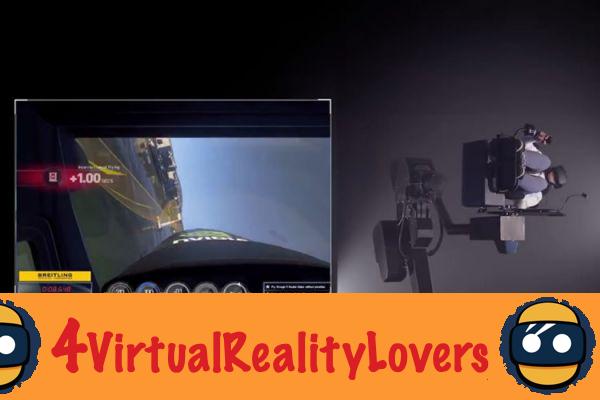 Long remained at the prototype stage, the MMONE, now fully developed, will begin marketing. The Ukrainian company is obviously not targeting individuals but virtual reality spaces, amusement parks and companies wishing to offer this entertainment in shopping centers. Although MM Company specifies that there are no medical contraindications to using the MMONE articulated arm, it nevertheless emphasizes that the use is restricted to persons over 12 years of age. Without doubt, it should be added that you must also have a strong heart and not be afraid of extreme experiences.

Visit The Shard and experience London in virtual reality ❯

add a comment of MMONE: the ultimate virtual reality accessory for extreme sensations