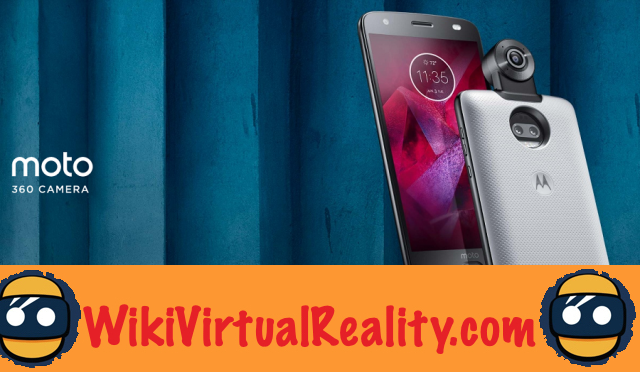 With the announcement of its new phone, the Moto Z2 Force Edition, Motorola presented a 360 camera that attaches magnetically to the back of the smartphone. A “mod” that allows you to film and take photos at 360 ° as well as at 150 - and which captures sound in 3 dimensions.

Motorola unveiled its new smartphone yesterday: the Moto Z2 Force Edition. With it come certain “mods” - the modular elements of the phone - including a 360 ° camera. It is advertised as being able to film in 4K, 360 or 150 °, as well as being able to capture sound in 3D.

The camera is one of the many elements that come magnetically stick to the back of the Moto Z2 Force Edition. With it come speakers, a real camera, an extra battery or even a projector.

This camera “mod” is not limited to 360 films, it allows you to take 150 ° “super-wide-angle” photos. It is also possible to instantly share your videos and images - as well as to make 360 ​​° Lives. An “advanced” editing software 360 ° videos and photos accompany the object. 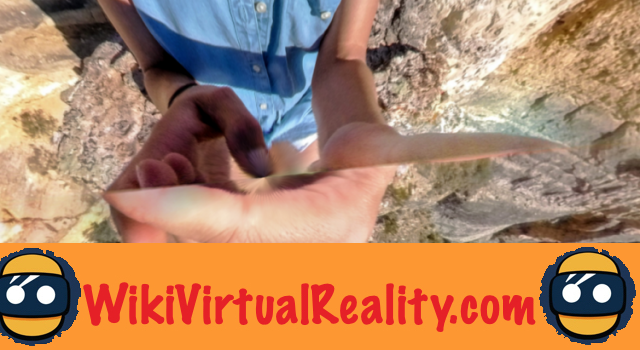 One of Motorola's most expensive modular elements

This software will perhaps improve the stitching performed automatically by the Moto Z2 Force Edition. If it seems to work really well on video, the photos taken live, phone in hand, show a slight stitching problem on the phone. Nothing dramatic though.


Available at 300 dollars (299.99, to be precise…) the camera is compatible with all smartphones in the Z range. At this price, the camera is one of the most expensive mods that it is possible to integrate into his Moto Z2 Force Edition. Only the Hasselblad camera and the projector have an equivalent price. This price is slightly higher than that of the Samsung Gear 360, but the latter does not become a full part of the phone.