After Google Chrome and Microsoft Edge, it's Mozilla Firefox's turn to adopt VR compatibility. This has been available recently thanks to the new update installed on August 8.

Firefox goes on the VR Web

This August 8, the new version of the browser: Firefox 55 is available for update. Among the novelties of the latter, is in particular a VR compatibility for Windows users. Those who have an HTC Vive or Oculus Rift headset will be able to consult web pages in virtual reality. Thanks to this, browser users will be able to view and view VR experiences.

One of the features added with this update is the ability to take screenshots and save them to a cloud. However, this feature is still only a beta under development. In addition, Mozilla also gives the possibility to creators to make their own VR content with the A-Frame development platform.. To verify that this feature is available for you update your browser, then go to a VR site such as A-Painter and install your headset. If not, wait a few days, it will arrive shortly.

Firefox lagging behind its competitors

If this update is decisive for Mozilla Firefox, it reveals a certain delay of the browser compared to its competitors and in particular Google Chrome. Indeed, the latter has been compatible with Web VR since February this year. Thus, the latter is compatible with HTC and Oculus headsets, but also with the Google cardboard as well as the Daydream. 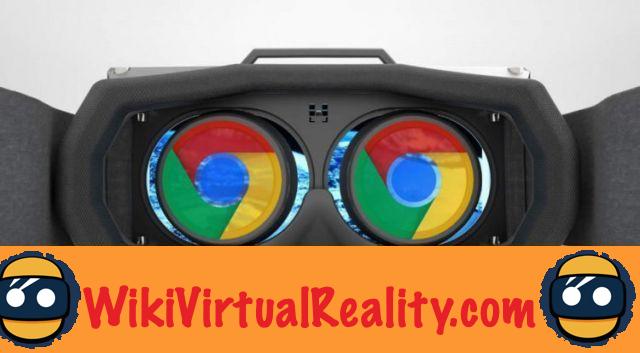 This delay confirms the trend that has been blooming for some time: Firefox is losing speed in the browser market. Thus, Andreas Gal, former employee of Mozilla Firefox, explained this change. Indeed at the beginning of the 2000s, the browser was the reference in the matter relegating Internet Explorer to the same rank on the web. However, since the arrival of Google Chrome, the “fire fox” browser has lost users. Despite more than 90 million users worldwide, the ex-employee would predict the disappearance of the browser within two years.