NASA - The HoloLens in the spotlight in space 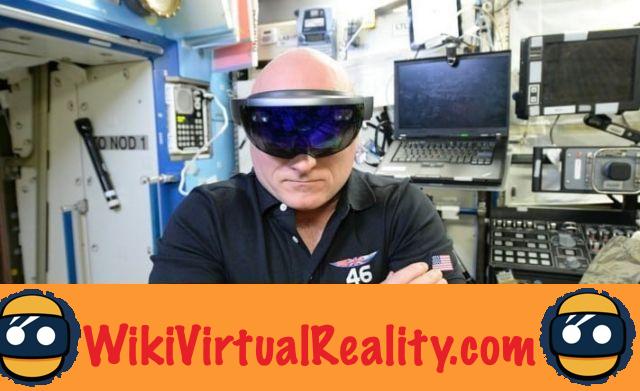 In parallel with its robot training project with Sony, NASA is developing other projects with Microsoft with in mind : the HoloLens. Two copies of the augmented reality headset were therefore sent into space to support the mission of astronaut Scott Kelly. Behind this operation hides two specific objectives.

The first is the Remote Expert Mode which is used to transmit information remotely to astronauts using Skype. For example during a troubleshooting mission, the technician can send information from Earth or indicate a specific area in the field of vision of the astronaut equipped with the HoloLens.

The second feature is the Procedure Mode which is used to view tutorials in augmented reality. It should be understood by this that the user will be able to interact with his environment while receiving information in front of his eyes guiding him as the procedure progresses.

NASA and Microsoft, a solid partnership

The stated objective of the Sidekick project is to be able to accelerate the very long training of astronauts who sometimes go on missions for years. But the NASA-Microsoft cooperation does not end there, the use of augmented reality is already mentioned for the 2030 mission to Mars. And new tests are already planned in the Aquarius submarine station which reproduces the conditions of a trip in space. On July 21, astronauts will be going there, for the NEEMO operation, equipped with Microsoft headsets in order to carry out new tests. And that's without counting the OnSight project to show Mars from Earth. NASA had already published a video allowing to visit the red planet at 360 ° from the Youtube platform.