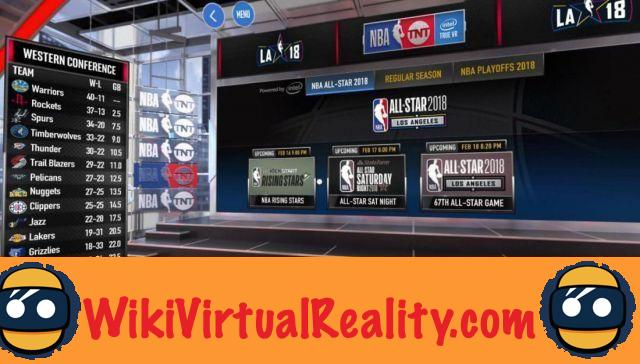 In November 2017, Intel and the American cable channel TNT announce a partnership. The goal of this alliance was to provide live streaming broadcasts of 3D NBA basketball games in 360 degrees for users of virtual reality headsets. The fruit of this association is finally ripe, and comes in the form of an application based on Intel True VR technology. As a reminder, Intel owns this technology following the acquisition of the company Voke, specializing in VR broadcasting, in 2016. 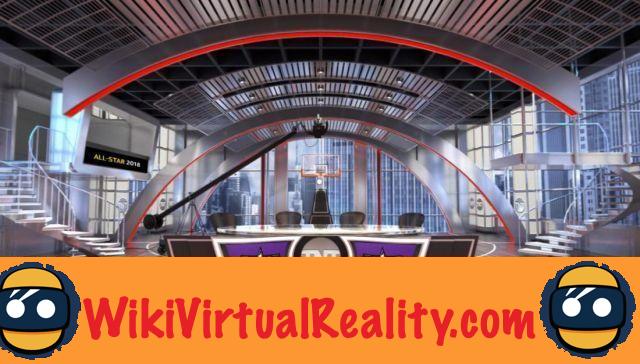 This application is available now and for free on Samsung Gear VR and Google Daydream. Once the application has been launched, the user finds himself immersed in TNT's Studio J, entirely recreated in VR. This reconstructed studio serves as a portal to choose between the various NBA programs. The user has the choice between watching matches live, or directly reliving the highlights and recaps of the matches. Unfortunately, the live matches will most certainly be reserved for the American public since it is necessary to indicate its subscriber number to cable or satellite.

When watching a match, it is possible to alternate between at least four different camera angles. The spectator can stand on any edge of the field, or directly in the air to overlook the action. Thus, the user can observe NBA games from all angles so as not to miss a beat.


NBA VR: 2018 All-Star will be covered in VR, followed by seasonal games

As the annual NBA All-Star 2018 event kicks off on February 16, 2018 in Los Angeles, live streaming on the VR app will take place on February 18. Subsequently, a NBA game will be broadcast live every weeke in the application.

The first game will take place on February 22, and will pit the LA Clippers against the Golden State Warriors. The final game, between the Boston Celtics and the Washington Wizards, will take place on April 10. TNT and Intel specify that this coverage of NBA games is the start of a partnership that will last for several years between their businesses.

Intel wants to establish itself as a leader in VR sports 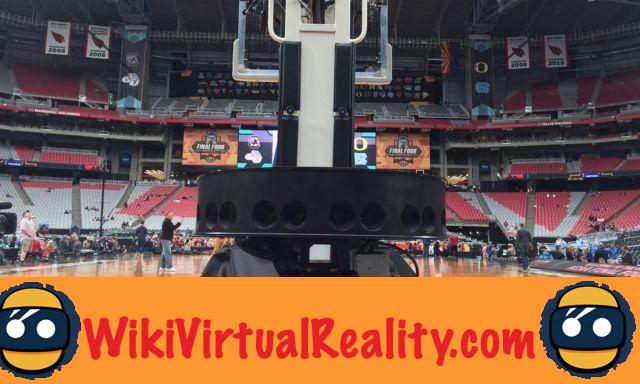 For TNT, this initiative will obviously increase the audience for NBA games thanks to technology. For its part, Intel seems determined to establish itself as the leader in 360-degree sports streaming. The American firm has also partnered with MLB for the broadcasting of Major League Baseball, and more recently with NBC for the live broadcast of the PyeongChang 2018 Olympic Winter Games in VR.

Intel seems convinced by the potential of virtual reality to transform the way we attend sporting events. VR indeed leaves the spectator the possibility to choose his angle of view, to get as close as possible to the action and possibly to access information on a specific player. In the long term, we can even imagine the possibility of follow a match from a player's point of view. During CES 2018, NextVR also unveiled a new technology to move around 360-degree videos.

In the walls of i'm in VR ❯