A helmet by pros for pros

Did you find virtual reality headsets too expensive? So here is Neo, the wireless virtual reality headset from the French virtual reality agency. Sold for 5000 euros, the Neo is clearly not for the average player… but for manufacturers. Its main feature is that it is wireless. No need to connect it to your computer or other box via a multitude of HDMI cables: the helmet wearer can move freely with. The helmet is equipped with geolocation diodes that can follow the movements of the user's head. In terms of the screen, the Neo uses that of a smartphone, the Samsung Galaxy Note 4, of a very honorable quality. In a way, the Neo works like a luxury cardboard.

What allows it to be wireless is the use of the phone's WiFi technology to be able to “stream” the position of the headset wearer to a computer which serves as a server and transcribes everything into the virtual reality environment, and sends this scene to the phone screen.

Unfortunately, WiFi requires, we end up with a latency present and even quite unpleasant, even if at the discharge of Light And Shadow, we were in the basement of a living room crammed with electronic objects and connected to a well saturated network. For those who do not want to sacrifice fluidity to wireless, the headset has a USB socket to connect the headset to a computer. The helmet also benefits from a 135 degree FOV, with dioptric adjustment to adapt to differences in vision (the helmet does not allow glasses to be worn). 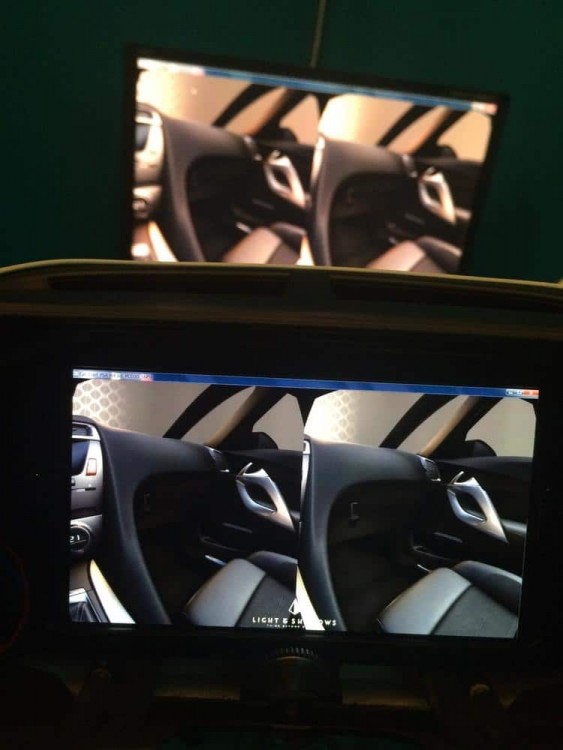 The test was carried out in the virtual cabin of a car. If our position was fixed in the driver's seat, we were free to move our heads absolutely anywhere, so lean to look at the dashboard, the right door handle or even behind the steering wheel.

The demo was made especially for the Laval Virtual: 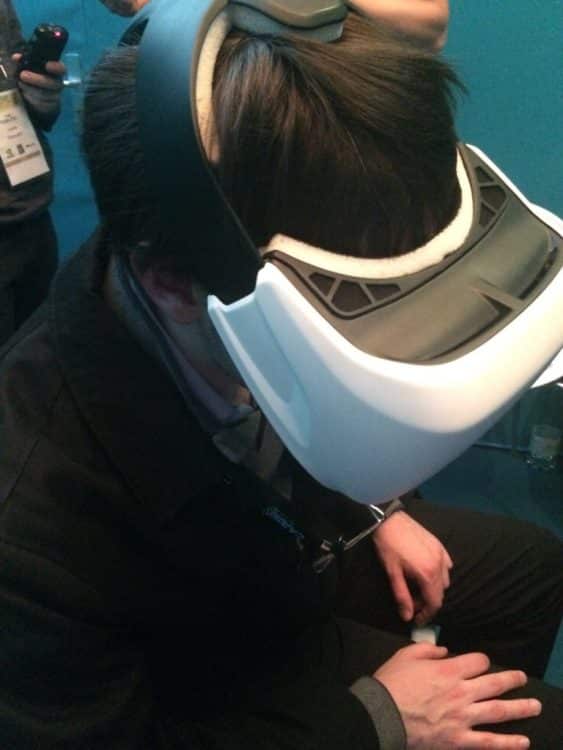 By the way, the helmet, despite its 800 grams, is absolutely not heavy to carry, its weight being well distributed over the entire head.

But for 5000 euros, does the Neo sell well? Yes, very well, according to the manager He adds

Clearly, high-level simulation, the applications of which we can perfectly imagine, both in the medical field, in industry or in the army. Discovering product faults as early as possible saves time and a lot of money. We still regretted the autonomy of only 3 hours of Neo although it is sold with 1 additional battery (requiring 5 hours of recharging!).

add a comment of Neo - Test at Laval Virtual