Nintendo is thinking about an augmented reality video game 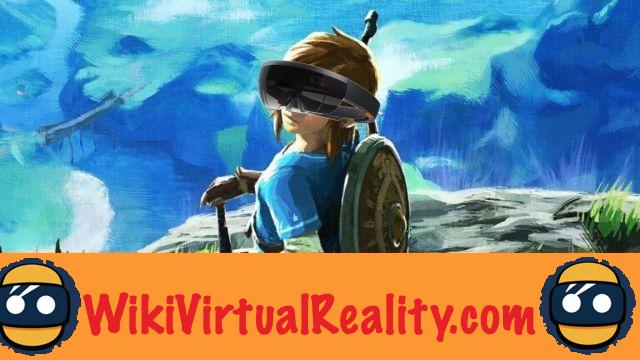 With its portable 3DS console launched in 2011, Nintendo was one of the first large companies to enter the field of augmented reality. Several demos of AR games were provided with the console, as well as cards with which one could visualize statues with the effigy of popular characters created by the Japanese firm.

Since then however, augmented reality has evolved a lot and Nintendo has not really continued its breakthrough in this area. Certainly the game Pokémon Go is probably the most popular AR app to date, but the Japanese giant is not directly involved in the development of this game.

However, in a recent interview with Nikkei, Nintendo President Shuntaro Furukawa claims that augmented reality ”Is one of the many aspects we are interested in“.

According to him, Nintendo's hardware development teams are evaluating all new technologies available and talking to software developers. Yes a technology seems relevant for a video game, it will be used.

In fact, if Nintendo determines that augmented reality can be used to create an interesting game, it is entirely possible that it is exploiting it. It is therefore possible that the firm will soon launch its own AR game for Nintendo Switch or even for smartphones...

By giving free rein to his imagination, we could for example imagine a game Mario in augmented reality in which the player should actually run, jump or climb in the real world to grab virtual coins or crush Goombas. However, this is only one possibility among many.

Alternatively, Nintendo could also decide to launch its own augmented reality glasses as a portable console of a new kind. It would be possible for him to adapt all his cult franchises in AR games.

However, it is likely that the firm in the land of the rising sun is approaching augmented reality with caution. In the past, it had rather mixed success by launching before everyone else in the virtual reality market with its Virtual Boy headset in the 90s or more recently with the Switch's VR Labo Kit ...

Films to relive the 1917 Battle of Passchendaele in virtual reality ❯