Nintendo Switch Labo VR Kit: all you need to know about the virtual reality headset 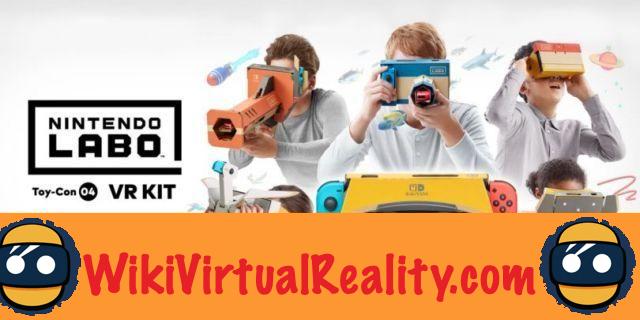 In 1995, Nintendo launched the Virtual Boy: one of the very first consumer virtual reality headsets. Unfortunately, due to the technical limitations of the time, the experience offered was poor. This device was faced with a bitter commercial failure, and the Japanese firm completely turned away from VR.

Even 20 years later, in 2016, despite the hype around the Oculus Rift and HTC Vive, Nintendo refused to try its luck again. On several occasions, Nintendo executives have affirmed their lack of interest in this technology. In January 2018, the CEO of Nintendo France, Philippe Lavoué, estimated that virtual reality was not ready for the general public. The video game giant therefore seemed definitely disgusted with VR.

However, in March 2019, Nintendo created a surprise by announcing without warning a virtual reality headset for the Nintendo Switch: the Labo VR Kit. Through this complete file, discover everything you need to know about this kit as well as compatible video games and experiences.

What is the Nintendo Labo?

Launched in 2018, the Nintendo Labo is an original concept to say the least. These are kits comprising components to assemble to create cardboard accessories : fishing rod, piano, remote-controlled car, robot disguise ...

Each of these assemblies can then be combined with the Nintendo Switch and its controller to launch a mini game specific to each accessory. With this concept, Nintendo erases the border between toys and video games.

At the time, while many were waiting for Nintendo to respond to Sony's PSVR with a VR headset for the Switch, the Nintendo Labo has made many disappointments despite its appreciable originality. However, fans were unaware that Big N was preparing a surprise for them ...

Nintendo Labo VR Kit: what is it?

In March 2019, a year after the launch of Nintendo Labo, and after the Variety, Robot and Vehicle kits, Nintendo unveiled its Labo Kit # 4: the VR Kit. This fourth kit includes six new designs of "Toy-Con" cardboard to assemble yourself: a blaster, a bird, a camera, an elephant, a pedal… and a virtual reality headset in line with the Google Cardboard.

Ce cardboard vr headset, based on the sensors and screen of the Nintendo Switch, is compatible with each of the new accessories from Labo Kit # 4. By combining the headset with one of these accessories, the user can enjoy VR mini-games. In addition, several large Nintendo franchises will also be brought to virtual reality ...

Nintendo Labo VR Kit: how does it work?

The Lab VR Kit brings together all the necessary equipment to assemble your own VR headset : 13 sheets of cardboard, one pair of VR lenses, one sheet of reflective stickers, adhesive film, pads, eyelets and rubber bands.

Subsequently, the Nintendo Labo VR Kit is based on the various sensors on board the Joy-Cons of the Switch : gyroscopes, infrared cameras, and haptic feedback motor. These are the sensors that transform a simple cardboard assembly into a VR headset. It is also by dint of exploring the possibilities of Nintendo Labo that the firm had this idea, according to the developer Hironobu Sakaguchi.

The Labo VR Kit offers three different types of experiences. First, the Toy-Con experiments combining the VR headset with Labo Kit # 4 accessories. We then find the 64 mini-games of the VR Plaza that players can deconstruct and rebuild at will. Finally, Nintendo has announced the port of two flagship Switch games in virtual reality and this is probably just the beginning ... 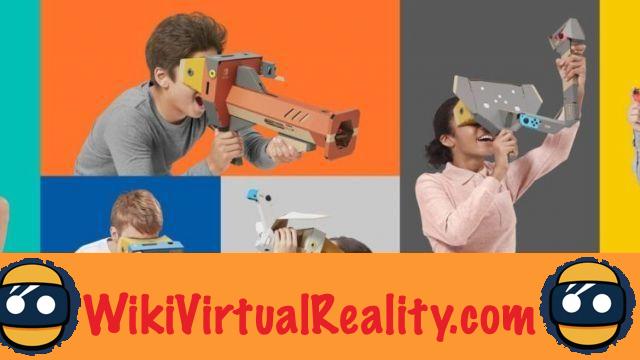 Each of the Toy-Con accessories from Labo Kit # 4 are compatible with the Switch Labo VR headset. The Toy-Con Blaster allows you to engage in a shoot-em-up game. The Toy-Con Wind Pedal, meanwhile, takes the player into a game where he will have to press the pedal at the right time to jump as high as possible.

With Toy-Con Bird and the Wind Pedal, it will be possible to rise in the air in the middle of a cloud of birds. With the Toy-With Camera, the player will be submerged under the ocean to take pictures of the creatures of the depths. Finally, the Toy-Con Elephant will give free rein to his creativity by drawing with his trunk in a 3D space ... 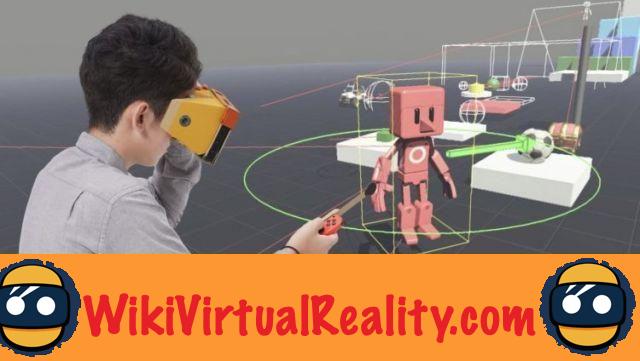 The VR Plaza regroupe 64 games and experiences created by the developers of Nintendo Labo. Players will be able to explore these mini-games at their leisure, but that's not all.

At the beginning of April 2019, Nintendo again created a surprise by announcing that the Labo VR Kit would be compatible with two of the best games on the Switch: et .

From April 25, 2019, these two games will receive an update to play it in virtual reality. For Super Mario Odyssey, the VR mode will be reduced to a few new missions specially designed for the occasion. From the first images, the gameplay is reminiscent of Sony's Astro Bot platform game for the PSVR. Ironically, this game has often been compared to VR's Mario 64.

In the case of Zelda BotW, it's the full game that will be brought to virtual reality. Fans will therefore be able to relive the adventure and immerse themselves more than ever in the fantastic world of Hyrule ...

This announcement alone should be enough to convince Nintendo fans to buy the VR Labo. Especially since it is may be just a start, and that other flagship games of the Switch be adapted in virtual reality in the future ...

However, a clarification is required: the VR Labo Kit is not the Oculus Rift. Keep in mind that the Switch screen is satisfied with a 720p definition, that there is no position tracking, and that it is not even possible to hang the helmet on your head. You will therefore have to hold your Switch against your face for dozens of hours if you plan to finish Zelda in VR ... 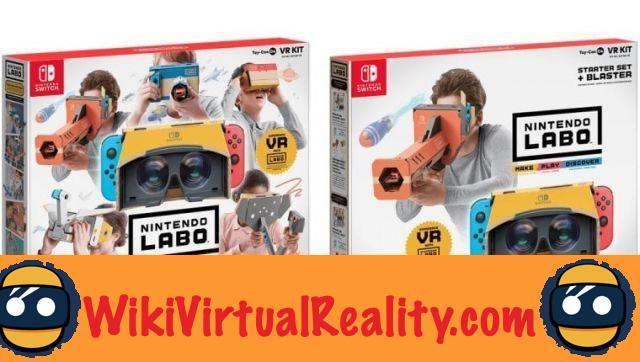 The Nintendo Labo VR Kit will be available from April 12, 2019, and pre-orders are open now. The complete bundle of all six Toy-Con designs and compatible games will be offered for 59,99 euros. However, it will be possible to opt for a second bundle comprising only the VR headset and the blaster. This will be available for 29,99 euros.

Two extension kits will also be offered for 19,99 euros. One contains the Toy-Con Elephant and Camera, and the second contains the Toy-Cons Pedal and Bird. It is therefore possible to opt for the starter kit at first, and to get the others later if you like the experience.

With its Labo VR Kit, Nintendo has chosen to slowly embark on virtual reality. It is possible that this accessory, merged into the Labo Kit range, is a way for the Japanese giant to take the temperature. If the success is at the rendezvous, we can hope that a real Nintendo VR headset in the line of the Oculus Quest will be launched in the near future ...

How to make your own Google Cardboard VR headset? ❯

add a comment from Nintendo Switch Labo VR Kit: all you need to know about the virtual reality headset