No Man's Sky VR: all the tips to get rich really fast 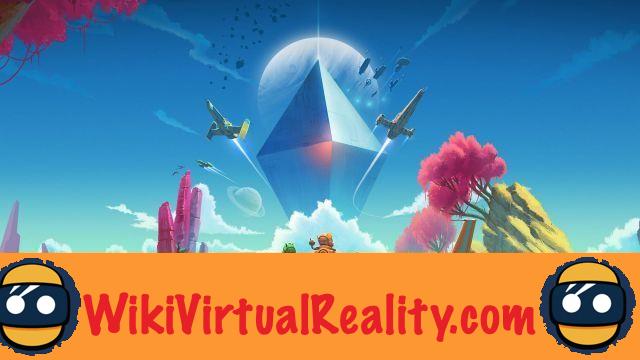 In the game No Man's Sky VR, the ”Units” are indispensable and valuable resources. They replace money in this hostile world, and you will need them constantly to trade. As soon as you get your first ship, you can enter a trade post or a space station where a Galactic Trade Terminal will be waiting for you. Without further ado, discover the best ways to get rich in this captivating virtual reality game.

Fill up on Chlorine 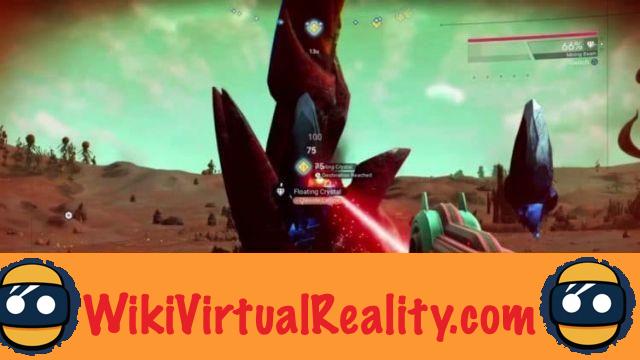 Le Chlorine is one of the most profitable materials in No Man's Sky. Each piece you sell will bring you 602 units. By "farming" Chlorine, you can quickly earn hundreds of thousands of units.

Gold, it's pretty easy to get Chlorine early enough in the game. You will find this resource in the various plants and rocks that litter the ground, but especially in the “Organic Rocks” which we find on certain planetary surfaces.

It is also possible to mine salt and refine it to obtain Chlorine, or to convert the chlorine mesh, each piece of which will bring you 150 Chlores. Chlorine Mesh can be found on Floating Crystals and Weird Deposits, or directly crafted by combining 50 salts and 50 chlorines or in a medium or large refinery.

Build a fleet of frigates 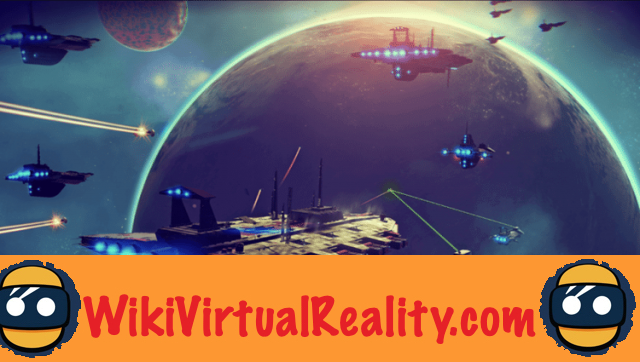 As soon as you got your first freighter in No Man's Sky, you can use it to launch Expeditions. These consist of sending frigates from your ship to explore, hunt, trade or mine. Just like other ships, frigates are listed alphabetically according to their stats and performance.

- Expeditions, too, are classified in numerical order corresponding to the difficulty they represent. for your frigates and the quality of the rewards they will earn you for success. Some missions can bring you up to 500 units and items that you can resell for several hundred thousand or even several million units. 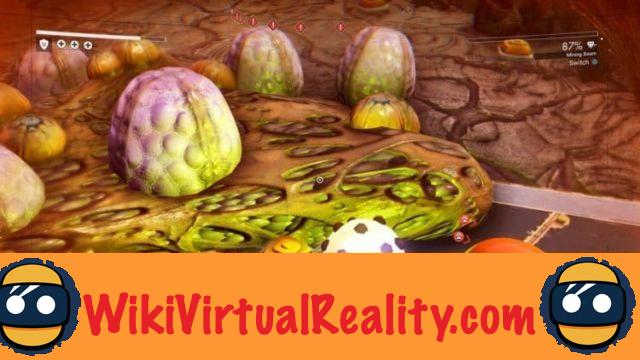 Around abandoned buildings and dead planets, you may find whispering eggs. These purple colored eggs can be destroyed using an extraction beam. Once the egg is destroyed, you can collect a precious larval nucleus with a selling price of several tens of thousands of units.

However, these eggs are guarded by monstrosities which will attack you as soon as the egg is broken. It is therefore important to improve your defensive and offensive equipment before considering collecting these resources. You can then very easily get rid of these creatures, and thus collect many larval nuclei to enrich yourself. 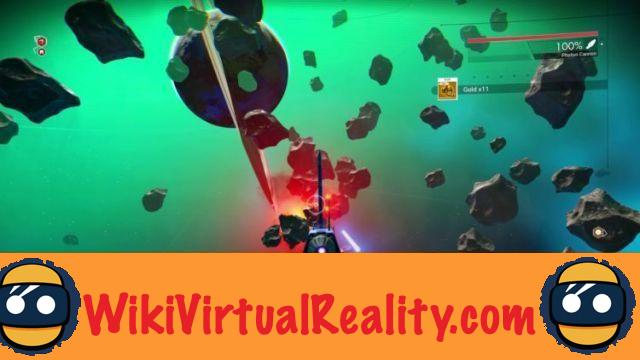 From the start of the adventure, you can start collecting and selling gold, silver and platinum. These precious resources can be acquired as soon as you leave your first planet. To do this, destroy asteroids.

The remaining metals can be sold for more than 100 units in the nearest space station. From time to time you will have to contend with the occasional pirate attacks. Nonetheless, this is clearly one of the easiest and fastest ways to make a fortune in No Man's Sky VR. 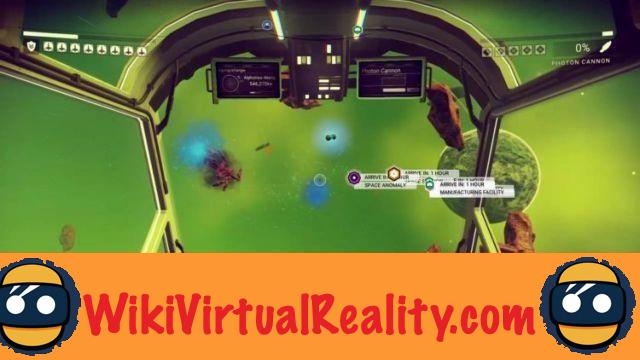 Among the pirates who roam the universe, some have on their heads a bonus that exceeds 100 units. You will be able to spot the wanted pirates thanks to the stars with which they are marked. As a rule, they are not very difficult to kill and therefore allow you to get money quickly.

Speak with NPCs to get bounty hunter missions, or with a mission delegator in the Mercenary Guild. These missions will allow you to get even more units thanks to the pirate hunt.

Become a No Man's Sky Pirate 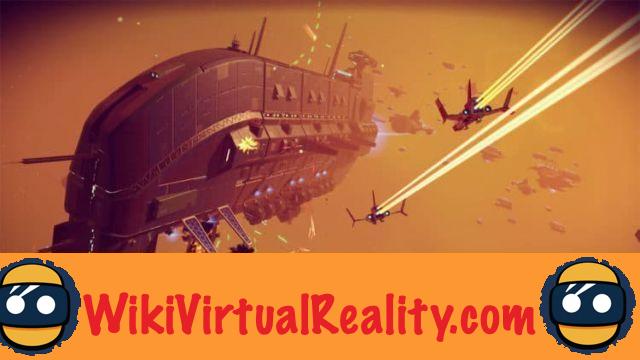 When you come across a frigate in the same system as you, you have two choices. You can be neutral, even friendly ... but you can also board like a real pirate. This will allow you to seize the cargo pods she carries, usually containing valuable resources such as Chromatic Metal.

It should be noted that this behavior will usually make you lose reputation points with the corresponding alien race. However, if your priority is to get rich, this is a good strategy. 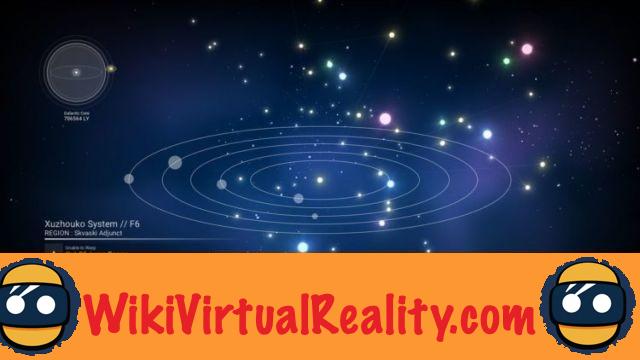 Each system in No Man's Sky has its own economy and produces different resources. In fact, it is possible to get rich by buying products at low cost to resell them at a higher price elsewhere.

To exploit this opportunity, you will need to install an economy scanner on your ship. This will give you information about the economy of each system you see on your galactic map. The description of each resource will tell you which system covets it the most, and all you have to do is get there to resell them for gold. 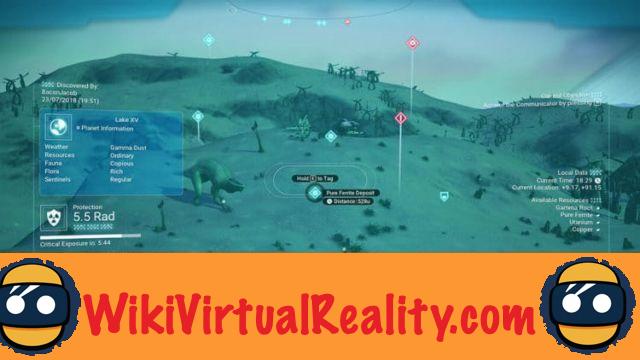 Exploring and analyzing planets can earn you huge amounts of money. With a single scan, it is possible to receive more than 200 units. To do this, you will need to scan animals and plants with an improved scan sight to the maximum.

To get rich quick in No Man's Sky VR using this method, save around 1750 nanites. This will allow you to buy three S grade scan sights for your multi-tool. Make sure beforehand that your tool has enough places to accommodate all three upgrades, and all you have to do is pocket the money. A fully improved scan sight will allow you to get units every time you land on a new planet. This is the reason why it is important to make the improvement as quickly as possible in the adventure.

Take care of your reputation 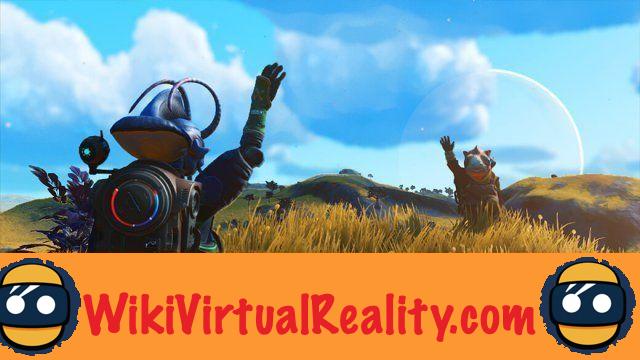 It is very easy to build your reputation in No Man's Sky. You will usually only need to explore different planets and chat with the individuals who inhabit them. Each completed mission will also earn you fame.

The more famous you are, the better your rewards. Korvax are usually the ones that will give you the most cash rewards, while Gek will thank you with tech instead. These technologies can, however, be exchanged for Units or vehicles. 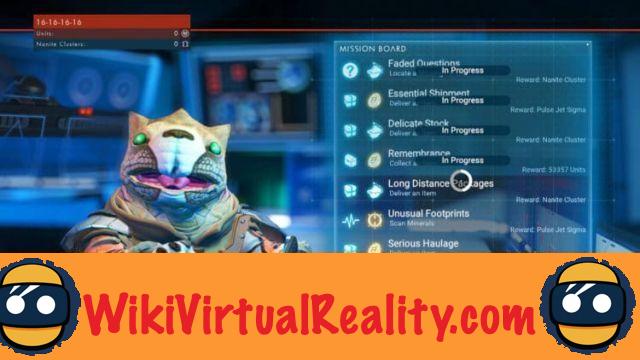 Another way to earn money in the game is to accept the missions of the salesmen in the space stations. Most of these missions will give you Units as a reward.

As mentioned before, it is important to increase your reputation with the three races of aliens in order to access better missions and therefore better rewards. Initially, you will gain approximately 50 Units per mission. If you reach level 000 in reputation, you will pocket more than 400 Units.

- cargo missions are particularly lucrative. You can get a freighter by buying it, or by defending it against hostile ships. This freighter can then be sold, but it's best to create a control room and build a fleet to send them on industrial, exploration, or combat missions. Again, these missions will bring you rewards in Units, components or rare elements and minerals. 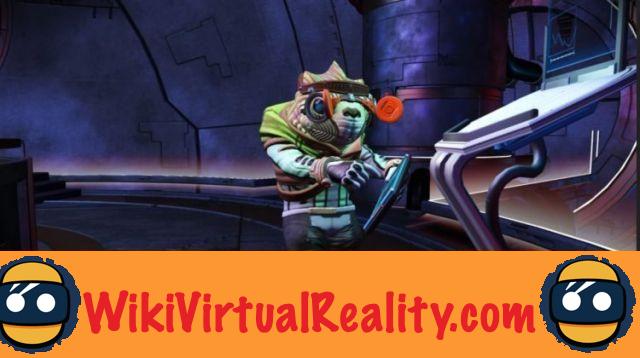 If you meet the character of Polo the Gek, this one will offer you different research tasks. The rewards are particularly attractive.

In particular, you can obtain improvements for your ship, multi-tool or exosuite. However, if you already have the best gear, it will offer you cash rewards.

Minecraft Earth is available in France but flops against Pokémon Go ❯

add a comment of No Man's Sky VR: all the tips to get rich really fast