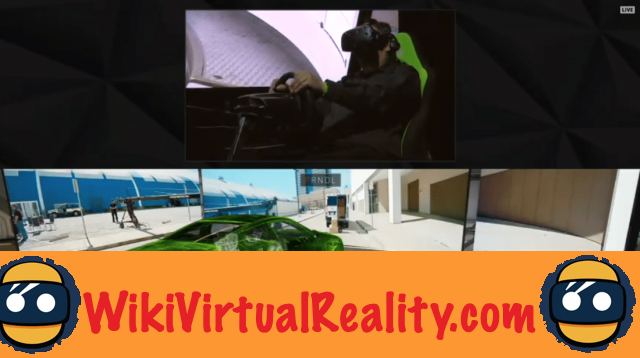 If you are one of the many people to have seen Marvel's Black Panther movie, in theaters since January 29, 2018, this scene may have left an impression on you. In order to help his brother T'Challa, Wakanda princess Shuri uses tech device to remotely control vehicle. The hero clings to the roof, and follows a mad chase in the city.

Such a system might seem reserved for the realm of science fiction. And yet. This March 28, 2018, as part of the GPU Technology Conference, NVIDIA demonstrated similar technology.

In the middle of a discussion about self-driving cars, Nvidia CEO Jensen Huang surprised by unveiling a previously unseen technology. On the giant screen of the conference, a Ford Fusion driving on the street suddenly appears. Nothing extraordinary you will tell me. Except this car is empty. No one is behind the wheel.

Think again, this is not a self-driving car. “This is Tim, the invisible man,” sings Jensen Huang. On the stage of the GTC, a man with an HTC Vive VR headset is holding a steering wheel, exactly as if he were playing a virtual reality racing game. In truth, the driver in question is remotely driving the Ford Fusion in the real world using Nvidia Holodeck technology.

NVIDIA winks straight to the movie

After unveiling augmented reality technology for windshields at CES 2018, NVIDIA is once again making a splash with this innovation. This impressive demonstration is a direct nod to the film. Moreover, in VR, the remotely piloted vehicle was represented by the same Lexus than in the Marvel feature film.

However, for security, NVIDIA preferred to avoid orchestrating a real chase in the middle of the traffic. The pilot wearing an HTC Vive headset was content to maneuver the vehicle carefully around a private residence for a few meters before parking the car.

NVIDIA has created technology that's as promising as it is dangerous 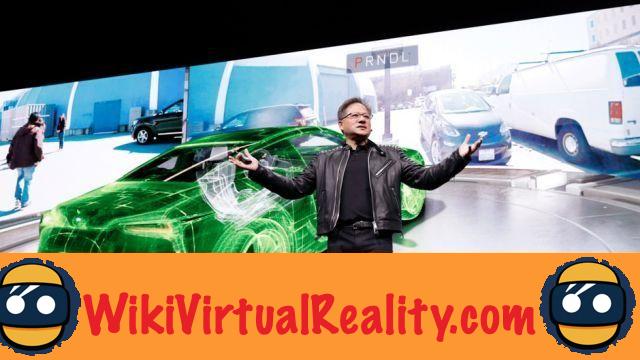 As Huang explains, the driver benefits from a wide field of vision and can see everything that is happening in and around the car. According to the company manager, this futuristic technology could be an alternative to self-driving cars.

We can also imagine in the future spectacular remote-controlled car races, in which drivers could drive at full power without risking injury even if the vehicles ended up in pieces.

However, in real conditions, such technology could be very dangerous. Even if the remote pilot does not risk anything, the other vehicles around him remain vulnerable to a possible accident. Lanyone who drives the car from a distance may lose their attention because of the absence of danger.

Worse still, one can imagine a misuse of this technology. Of terrorists could, for example, carry out attacks using a car controlled by VR.

It is therefore a both formidable and very distressing invention. It remains to be seen what future NVIDIA has for it. For now, the company admits that it has not even found a name for this system yet.