The startup Octi has just unveiled the first social network in augmented reality. The operation is very simple. After opening the application, all you have to do is shoot a person using the smartphone to send them a request to add.

Once the request is accepted, different virtual elements will appear around the person. These digital elements will have been chosen by the latter. It can be videos, songs, photos, and other multimedia content.

The user can also add effects and stickers on the person's profile that he films, and vice versa. For example, an Octi friend can make you wear a hat or associate you with a song.

This application is based on facial recognition, based on a network of artificial neurons at the edge of the network. Understand by this that artificial intelligence processes the images filmed by the smartphone directly on the device, rather than transferring them to the Cloud.

This “Edge Computing” approach saves resources, saves time and maintains confidentiality. For even faster facial recognition, Octi searches the user's friends of friends rather than their entire database. Thus, a user can be identified in just 20 milliseconds. 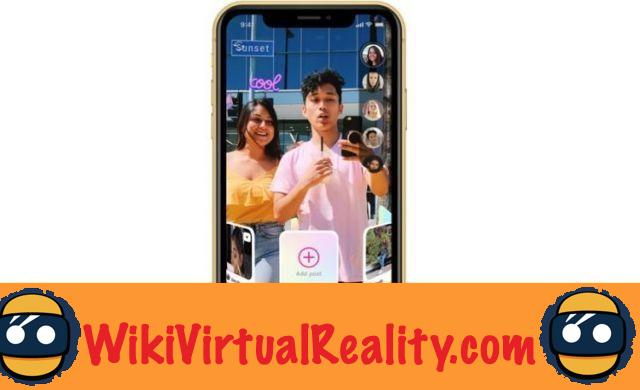 The main objective of Octi is to make young people want to reconnect with a social life in the real world. Unlike the most popular social networks, this AR application encourages users to meet face to face. It is possible to view friends' profiles remotely, but the experience is optimized for interactions in the real world.

In the future, it plans to expand its augmented reality social network with many features and other games, including letting third-party developers create tools and content. Octi is available now on iOS, and the Android version is expected to launch later this year.

However, Octi may be the wrath of Facebook. Currently, Mark Zuckerberg's firm is preparing to launch Horizon: a virtual reality social network. However, the American firm is also preparing augmented reality glasses and probably intends to launch an AR version of Facebook ...

The Wizards game has arrived on the Oculus Quest ❯