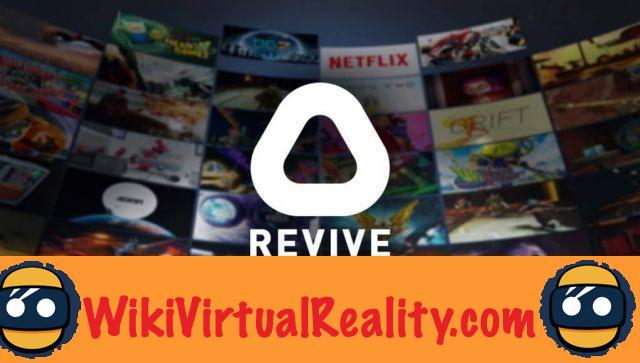 While it was technically possible to play Oculus-exclusive games on other headsets, the lack of controller compatibility made the experience difficult. This is no longer the case with Index controllers.

Facebook, through its subsidiary Oculus, is one of the main providers of virtual reality content. The giant social network, however, wishes to retain the exclusivity of certain titles available only on its virtual reality headsets. Revive, an unofficial Mod, however, allowed it to be played with other helmets. However, although it is possible, the result was often disappointing. In question, the differences between the controllers. Since games on Oculus were designed for Oculus Touch controllers, this was problematic with controllers from other headsets like the HTC Vive or other Steam VR headsets. Thanks to Valve's Index controllers, the problem no longer arises. Explanations ...

Our colleagues were able to successfully test games like Robo Recall (see the video above). Despite the differences in the position of the buttons, the experience was very successful and intuitive. The result was similar with the games exclusive to Oculus, Echo Arena or even First Contact. With the Valve Index headset offering one of the best VR headsets out there, but Oculus offering a lot of the exclusive VR content, we now know both are Mod Revive compatible.

What difficulties must virtual reality overcome to democratize? ❯