Oculus Go: the creator of the Rift unveils its modified version of the VR headset 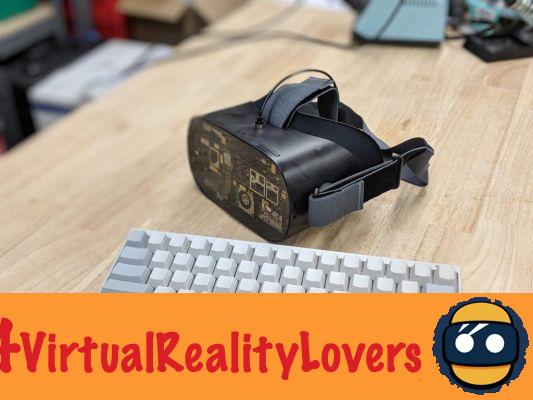 The Oculus Go is a very good standalone VR headset. Despite a very affordable price, this device offers an immersive and comfortable experience. However, for Palmer Luckey, the creator of the Oculus Rift, the Go is not yet convincing enough.

Resourceful in front of the eternal, Luckey decided to create a modified version of the Oculus Go. First of all, the gray color of the helmet has been replaced by a black color. This is not an aesthetic change, but a way to reduce light reflections and internal “god rays” reflections that can distract the user immersed in VR.

Under the hood, the battery and cooling system were also replaced. The original battery with a capacity of 2600 mAh was exchanged for a 3500 mAh battery. However, this battery was attached to the top strap of the helmet, and connected through a magnetic pogo-pin connector. This reduced the weight of the Go from 400 grams to just 280 grams. In addition, it is thus possible to replace the battery rather than having to wait to recharge it.

Le Go's cooling tube has also been replaced by a new shorter and lighter system connected to the aluminum fins cooled by a small fan. The aluminum front tray has been replaced with a plastic tray to further reduce weight.

On his personal blog, Palmer Luckey shared his creation as well as the instructions to follow if you want to make these changes yourself. The creator of the Rift took the opportunity to unveil another of his inventions: a keyboard with an integrated Windows 10 mini PC running through Virtual Desktop software. Combined with an Oculus Go, this keyboard can replace a laptop.

Laval Virtual Days: Paris hosts an edition dedicated to construction and maintenance on May 17 ❯

add a comment of Oculus Go: the creator of the Rift unveils its modified version of the VR headset