Oculus Go: the VR headset is available in France at Darty, Fnac and Amazon 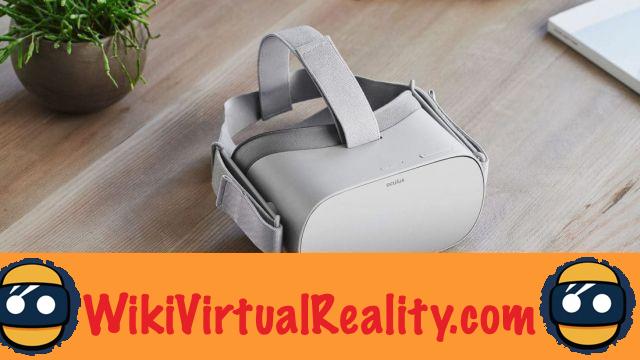 With the Oculus Go VR headset, Facebook is opening up access to virtual reality to as many people as possible. Offered at an affordable price and designed to emphasize ease of use, this device is aimed at both seasoned and curious VR fans who wish to discover this new technology.

Unlike previous VR headsets like the Oculus Rift or the Samsung Gear VR, this new model does not require a computer or smartphone to operate. It includes all the components necessary for its operation. So just put it on to immerse yourself in the virtual world, wherever you are.

In addition, this headset does not only offer video game content. With the Oculus Go, you can also watch live events with Oculus Venues, communicate with your loved ones in virtual reality, or even watch TV on a giant screen with the new Oculus TV app. In other words, this little gem of technology has it all and could quickly establish itself as a market leader.

If you are thinking of getting it, good news. The Oculus Go was already available on the internet since May 2018, but you can now buy it directly in stores in various European countries. In France, it is possible to buy the VR headset at the FNAC, at Darty and on Amazon.fr for the price of 219 euros. If you read us from Switzerland or Belgium, you can buy the device in the Digitec and Cool Blue stores. For now, it is not known whether it will be possible to try the Oculus Go in stores.

add a comment of Oculus Go: the VR headset is available in France at Darty, Fnac and Amazon