Oculus Quest "Infinite Office": work in VR from your office 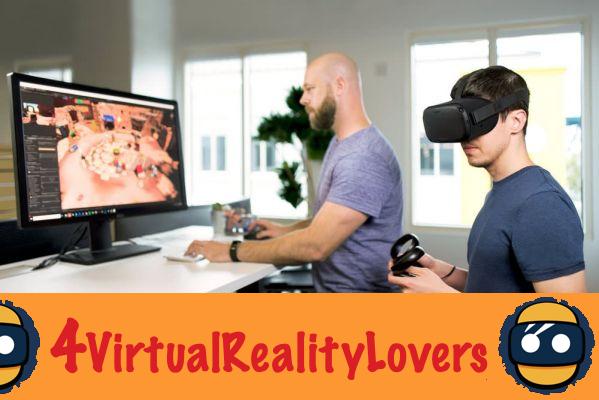 A new “Infinite Office” feature could soon arrive on the Oculus Quest, bringing the possibility of working in VR while sitting at his desk and using a computer keyboard.

This is a discovery made by Gerald McAlister, the Oculus Quest developer who uncovered Facebook's plans for the detection of the sofa in the Guardian. As a reminder, this feature will make it possible to have a 3D model of the furniture in the virtual universe, the user can then sit on it without having to remove his helmet.

In fact, McAlister found in version 20 of the system a video showing how to outline the contours of this sofa. A new confirmation of the existence of the 3D sofa. As you can see in the tweet below, the process is similar to the Guardian's demarcation.

Aside from that, the developer also spotted the 3d model of a whiteboard. We can therefore suggest that the solution in preparation will also include the possibility of integrating a real whiteboard in the virtual world for taking notes.

Finally, a feature called " Passthrough Keyboard ”Should allow the use of a real computer keyboard to work in VR. To do this, the system inserts an image of the keyboard in the virtual world. It will use the images provided by the Quest cameras for this. At the same time, a Bluetooth connection ensures communication between the two interfaces. The presence of a keyboard APK also suggests that this feature may be available outside of system apps.

Nothing is less sure

In any case, our colleagues from the UploadVR site indicate that all these new features could be part of a global function of the Oculus Quest called " Infinite Office ". Currently being tested internally by Facebook, this would allow the Quest to be used for a mixed reality workspace.


However, it should be noted that the general public may never have access to these functions. For now, all this information remains in effect. unofficial. But count on us to let you know if Facebook shows up.

Augmented reality - How does it work? ❯

add a comment of Oculus Quest "Infinite Office": work in VR from your office