Oculus Quest: the 1st VR headset that never tires of gamers according to Zuckerberg 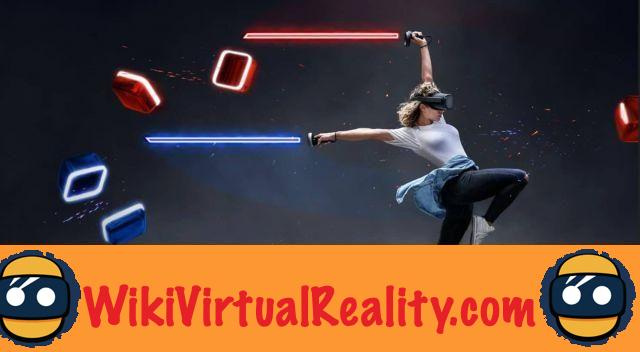 As part of the announcement of the quarterly financial results of Facebook, CEO Mark Zuckerberg reviewed the success of the Oculus Quest launched in May 2019. According to him, this first autonomous headset allowing to diving into VR without wires or external sensors is a real success.

The business manager recalls that the Quest has received excellent reviews, and says that helmets are sold as soon as they are produced. What to put the shareholders in confidence.

However, in the eyes of the creator of Facebook, the real success is that the Quest "Delivers an experience that users continue to use week after week". While previous headsets like the Gear VR or even the Rift often ended up collecting dust on a shelf, this new device does not. Users never tire of Quest, and keep buying new content.

Oculus Quest: a leap forward from the 2016 Rift

So, even if Facebook is aware that "there is still a lot of work to be done to develop this ecosystem and deliver the VR and AR products of the future that we dream of", the CEO is delighted to note that this all-in-one headset marks a turning point five years after the acquisition of Oculus. While the Rift cost $ 600 and required a $ 1000 PC, the Quest costs $ 400 and runs stand-alone while providing better comfort.

Looking ahead, Mark Zuckerberg promises even more innovation over the years. He recalls that his initial objective is to allow users to interact in virtual reality with a sense of presence. In his eyes, this is the main advantage of VR over computers. Even if his vast project of social network in virtual reality took longer than expected to see the light of day, the business manager has in no way revised his ambitions downwards.

add a comment of Oculus Quest: the 1st VR headset that never tires of gamers according to Zuckerberg