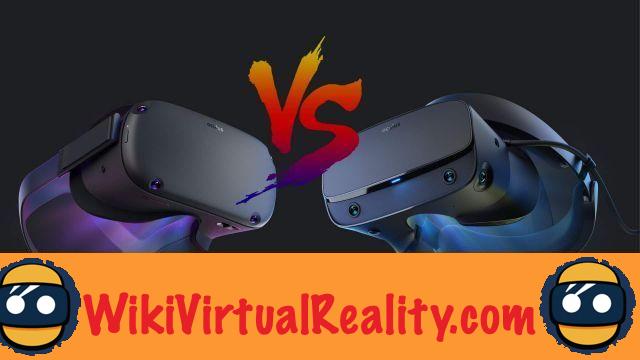 As part of the GDC 2019, Facebook has just unveiled its new VR headset for PC: the Oculus Rift S. With the Oculus Quest, announced at the end of 2018 and expected for spring 2019, Mark Zuckerberg's firm is therefore preparing to launch two new virtual reality headsets.

Fact, you may be wondering which one to choose. Obviously, these two devices have important differences in terms of performance and functionality. We therefore suggest that you review the commonalities and differences between the Quest and the Rift S. 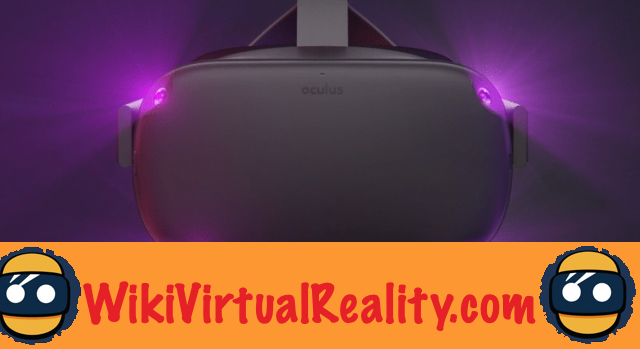 Like the Oculus Quest, the Oculus Rift S embeds the tracking technology 6DoF Oculus Insight. This is also the main improvement compared to the first Oculus Rift.

To put it simply, this technology allows helmets to follow the movements and position of the user thanks to on-board cameras on the front. So there is no more need for external sensors in the room as was the case with the original Rift.

In addition, the Rift S will come with the same Touch controllers as the Oculus Quest and not with those of the first Rift. The headphones are also identical.

In addition, let us specify that of many games available on Oculus Rift will also be available on Oculus Quest. Moreover, it will be possible to play a game on Quest and on Rift S after purchasing it once on the Store (provided that it is compatible with both headsets).

The last common point between the Rift S and the Quest is the price. Indeed, both devices will be offered for $ 400 and both will be released in the spring. This is the reason why it can be difficult to choose between the two. 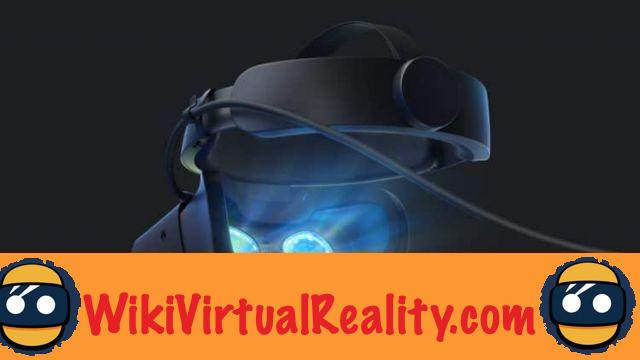 Now that we've gone through the commonalities between the Rift S and the Quest, it's time for the differences. The main one is that The Oculus Rift S is a VR headset for PC, while the Oculus Quest is a standalone VR headset.

If you are new to virtual reality, these terms may seem abstract to you. To put it simply, a autonomous VR headset embeds all the components necessary for its operation: processor, GPU, battery ...

Un VR headset for PC, on the other hand, requires to be plugged in to a computer to operate. In the case of the Rift S, the PC in question must be equipped at least with an Nvidia GTX 1060 or AMD Radeon RX 480 graphics card.

In fact, if you don't have a powerful enough PC, it is more economical to invest in an Oculus Quest. This device also has the advantage of being portable, since it works on battery. On the other hand, if you already have a gaming PC, the Oculus Rift S may be a smarter choice.

For good reason, even if the Quest and the Rift S will have games in common in their respective catalogs, the games will be less visually detailed on Oculus Quest than on the Rift S. For good reason, while the Rift S draws its power from a PC, the Quest is satisfied with a Snapdragon 835 mobile processor and a 72Hz screen. For the same reasons, the more complex games simply cannot be ported to the Quest.

If you want to enjoy a the most successful virtual reality experience possible, with detailed graphics and impressive visual effects, so it is better to opt for the Rift S. Now let's see the difference in performance between the two VR headsets in more detail, with the comparison between their technical characteristics. 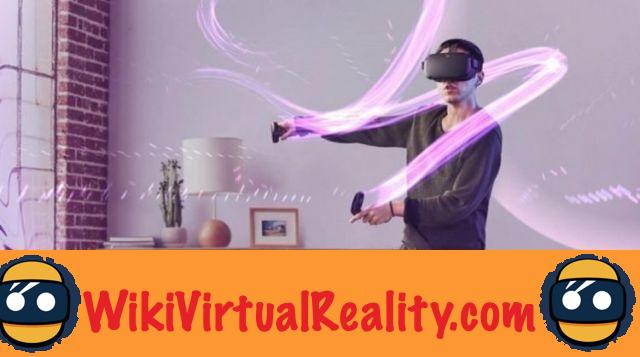 In terms of weight, the Oculus Quest weighs in at 470 grams. It is therefore lighter than the Rift up to 100 grams. The Rift S, on the other hand, weighs slightly more than the Rift.

Both devices are equipped with same open-ear headphones, with a 3,5mm jack for connecting headphones or external headphones.

Regarding the screen, the Rift S embeds a 1280 × 1440 definition LCD type screen per eye with a refresh rate of 80Hz. The field of view is a bit wider than that of the Rift, which was 110 degrees diagonally.

For its part, the Quest is equipped with a Dual OLED screen offering a definition of 1440 × 1600 per eye with a refresh rate of 72Hz. The field of view is around 100 degrees, but the exact figure is not confirmed by Oculus.

Quest and Rift S have the same 6DoF Oculus Insight inside-out tracking system (without external sensors). However, the Rift S has 5 cameras on the front against only 4 for the Oculus Quest.

To work, the Oculus Rift S must be connected to a PC, while the Quest works stand-alone. Its battery offers autonomy between 2 and 2,5 hours. Both devices will be released in the spring of 2019, priced at around $ 400.

In conclusion, it is clear that these two VR headsets have many similarities. As mentioned above, the main difference is that the Quest is a standalone headset and the Rift S is a PC VR headset. If you have a gaming PC, we recommend the Rift S. Otherwise, the Quest is more interesting.


At Wiki Virtual Reality we are experts in virtual reality and other technologies. We are always up to date with content related to new technologies. We are virtual reality geeks and we try to provide the best information to our users. We have information about the best products on the market in terms of quality and price. Discover and find everything you need on our website. Enter now!😎
HTC Proton: an ultra-compact futuristic VR headset prototype ❯

Finger tracking for the PlayStation Move 2

Add a comment from Oculus Rift S vs Oculus Quest: which new VR headset to choose?