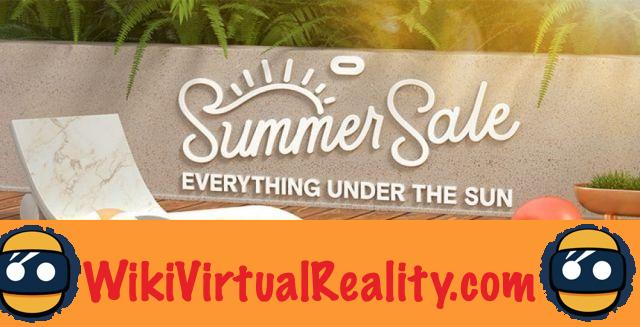 Like every year, just like Steam with its Summer Sales, Oculus organizes summer sales for its VR application store. To July 7, 2019, many games are offered at reduced prices.

Every day, bundles of two popular games are also available for a limited time. If you are a fan of archery, for example you can get the games In Death and Sacralith for € 29,99, a reduction of 28%.

Cherry on the cake, the Oculus Originals Premium pack includes 10 Oculus Studios games such as Lone Echo, The Unspoken and The Mage's Tale for 129,99 euros. Each game in the pack is therefore offered for an average price of only around € 13. An opportunity to seize!

For Oculus Go users, the Grand Essentials Pack includes 10 games such as Virtual Virtual Reality Drop Dead and End Space for only 45,99 euros. The price of each game is therefore reduced to around 5 euros.

Many other games in the catalog are on sale until the end of sales. As with the Rift, there are some very interesting daily deals on offer. feel free to log into the Store every day to find your happiness.

Unfortunately, the catalog for the new Oculus Quest headset is not on sale. We also note that none of the games in promotion on the Rift is cross-buy compatible with the Quest. Obviously, Facebook wants to take advantage of the novelty of Quest to sell as many games as possible and it would therefore not be strategic to cut prices now...

add a comment of Oculus Summer Sale: take advantage of the summer sales for VR Rift and Go games