Offset live in VR this week on Oculus Venues 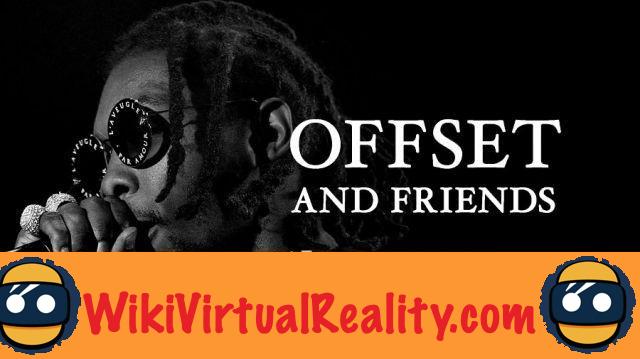 The Coronavirus pandemic has prevented concerts from being held for almost two months. Fortunately, some artists had the idea of switch to digital in spite of everything to offer live performances. And virtual reality gives the feeling of attending a real live concert.

So, hip-hop fans can rejoice. Rapper Offset will borrow the Venues d'Oculus platform for a set with other musicians. The OFFSET AND FRIENDS event will take place on Wednesday April 29 (Thursday April 30 from 1 a.m. KST). The rapper will be joined by Young Thug, Rich the Kid and SAINt JHN. Each artist will have 30 minutes to express themselves and propose a few songs. The event page indicates that it is possible for other people, surprise guests to join the concert.

Concert to help feed the needy in Atlanta

However, this concert is not only for fans of these rappers. Indeed, they wish by this occasion support the Atlanta Community Food Bank. This organization collects donations to feeding the poorest in the city of Atlanta, and more generally in the State of Georgia. It will therefore be possible during the concert to donate money through the Offset Facebook page.

With Oculus Venues, people can come together and attend various performances together. It works with an Oculus Quest and even on a Go. The concert is broadcast on a giant screen, like a virtual cinema. Supersphere, the VR studio that produces this event, also specifies that they will set up a whole show worthy of a real concert.

Note that the Venues application is free and can be downloaded from the Oculus store. It is nevertheless necessary to have a Facebook account to be able to connect to it. Which doesn't appeal to everyone. Also, while the idea of ​​a virtual space for concerts and screenings is a good idea, Oculus seems not to be fully exploiting it. For the moment, the number of events offered is too low. Still, there is plenty to do.