Oneiric Masterpieces - Paris: a VR application that brings a museum into your living room

Art and virtual reality go hand in hand. VR makes it possible not only to transport a museum to your home, but also to enter a work of art or even the universe of an artist, for example with the VR experience of Van Gogh or that of Dali, see… to revive the past. This time, Oneiric Masterpieces - Paris invites you to face several sculptures and paintings and appreciate the smallest details and learn more about these works of art. 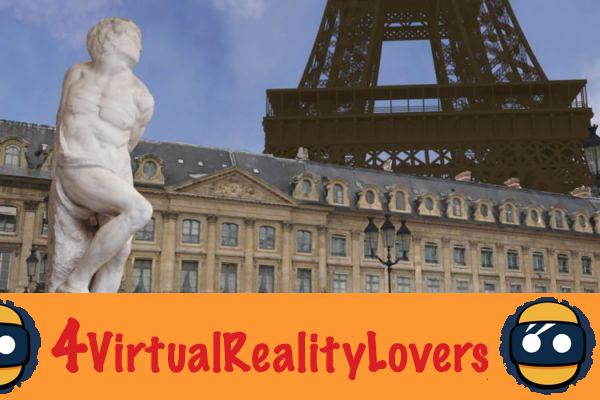 Oneiric Masterpieces - Paris places you in the heart of the famous Place Vendôme in Paris and allows you to stroll between 25 pieces of major art and learn all the secrets. Different interactive tools are available for each work. You will thus benefit from a audio guide, text information, a tool to rotate the works or to enlarge or shrink the piece of art. It is also possible to zoom in to see the smallest details of each work. You will be able observe each work from the desired angle.

Interestingly, this unique collection of art pieces can be visited like an open-air museum in one of the most beautiful squares in Paris. The movements and control tools are done through the controllers of the HTC Vive. The virtual reality application, Oneiric Masterpieces - Paris, also has a few little surprises in store.

To realize Oneiric Masterpieces - Paris, the studio used specific software as well as a large number of photos of each piece of art using the photogrammetry method. The software makes it possible to join the photos and to reconstruct, in 3D and in 360 degrees, each work of art. The result is impressive and hyperrealistic as if you were actually facing the works presented.


Oneiric Masterpieces - Paris is a production of the Experience360 studio which is not at its first attempt. This independent creative studio had already offered a similar experience called Oneiric Sculptures - Rodin. Oneiric Masterpieces - Paris launched at the end of July and is available on Steam VR and Viveport. Only the HTC Vive virtual reality headset is compatible and the application is currently only available in English. Note that the studio plans to carry out a mystery hunt in Paris in which the user will go back in time thanks to virtual reality.

The autonomous headset is the future of VR according to Hugo Barra, the boss of Oculus ❯

add a comment of Oneiric Masterpieces - Paris: a VR application that brings a museum into your living room