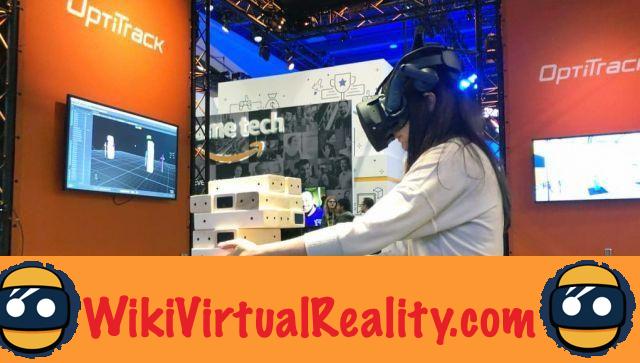 OptiTrack gave a very convincing demonstration of the simultaneous tracking of hundreds of objects in virtual reality at the GDC. Add-ons and tools are made available.

The OptiTrack company specializes in motion capture. The virtual reality branch of the American company was present at the last developer conference, the GDC 2019. The tracking specialist took advantage of this conference to make a very convincing demonstration of its ability to simultaneously track hundreds of objects. The company also presented its real-time tracking tools and add-ons that it makes available to developers.

OptiTrack: 140 objects tracked in real time and reproduced in VR

On its stand, the American company demonstrated Jenga's game in virtual reality. For that, 25 cameras were mobilized to follow, in real time, 140 real world objects. Custom made VR headsets, tracking gloves and plenty of Jenga game pieces. The people who carried out the experiment wore a wireless HTC Vive Pro headset with a tracking system and gloves allowing tracking.

The 25 cameras made it possible to triangulate with great precision all the pieces of the game as well as the helmets and gloves.. Participants were able to play Jenga in real life while viewing the scene through the VR headset. Another impressive demonstration was performed by placing the game pieces like dominoes. Falling one after the other, the pieces were perfectly followed in the virtual world. OptiTrack also reported that they have created an OpenVR plugin that allows them to seamlessly track tracking on SteamVR..

The future of virtual reality in 40 predictions ❯

add a comment of OptiTrack: a virtual reality experience with hundreds of objects