Orbus VR MMORPG is now free up to level 10 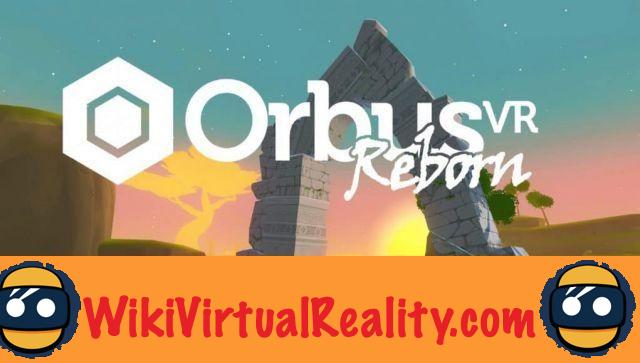 THEimmersion has always been a central element of MMORPGs. Already at the time of Everquest or World of Warcraft on PC, the magic of these online role-playing games resided in their capacity to transport the players in an imaginary world to which human relationships give life.

So, virtual reality is the next step for MMORPGs. By fooling the user's senses, this technology can actually give him the illusion of being immersed in a parallel world.

For now, However, no big studio has launched a VR MMORPG. It is likely that several ambitious projects are already in development. Moreover, Oculus had claimed to aim to create such a game.

However, the only virtual reality MMORPG available today is developed by an independent studio. This is Orbus VR, launched on Steam in Early Access at the end of 2017.

Originally, you could clearly feel the passion with which the creators of the game invested themselves in the project. However, we could also feel the lack of financial means they were faced with.

Orbus VR: test the start of the game for free before deciding to buy it

In early 2019, however, Orbus VR offered itself a new youth with the “Reborn” update. This complete overhaul greatly enriches the content and gives the title a new dimension.

However, most interested VR headset owners will probably hesitate twice before investing 40 euros in this independent MMO RPG. To convince them, the developer chose to leave the game free until level 10.

It will be possible to raise one character from each of the eight classes up to level 10 without paying an ecu. Once this level is reached, the characters will no longer gain experience. They will therefore not be able to access higher-level areas, content and activities.

Note also that "free players" will not be allowed to use the Auction House or to trade with other players. The objective of this limit is to prevent smart people from creating several free accounts to disrupt the economy of the game.

Once the level 10 limit is reached, players will be able to decide to purchase the full version on Steam or the Oculus Store. If they do, it will be possible to continue their characters from the free version up to the maximum level: level 30.

The free demo is available on Steam, for the HTC Vive, Oculus Rift and Valve Index versions of Orbus VR. On the other hand, although the game is also available on Oculus Quest, the trial period is not offered on this new autonomous helmet...

Red Dead Redemption 2: Rockstar is not done with VR according to HTC ❯