OSVR - A 5 million scholarship for developers 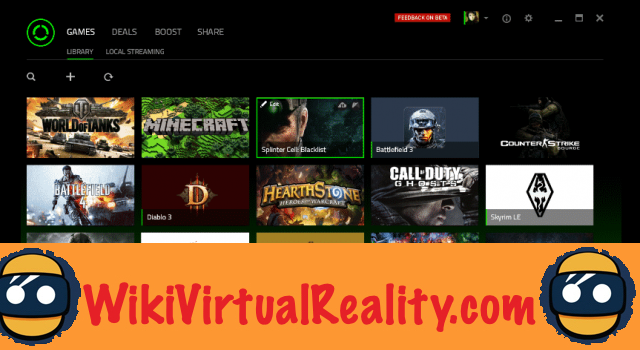 The consortium of electronics manufacturers OSVR has launched a $ 5 million scholarship that will be used to support developers working on their virtual reality platform. The latter wants to encourage programmers to create content for their headphones, the HDK2.

Gaming electronics maker Razer has announced the establishment of a $ 5 million grant for virtual reality developers. It's a decision that was announced at E3. Razer is currently part of a conglomerate of companies working on the development of a virtual reality platform compatible with Open Source HDK headsets.. This scholarship was created in the wake of the announcement of the release of HDK2 from the group.

This sum must be issued to developers who are working to adapt their games and applications to the OSVR platform. The sums will not be delivered directly to companies, but through a system of purchasing game keys. Mass purchases will make it possible both to invest money, to support the number of sales and to offer the keys purchased to the press or as competition rewards.

OSVR does not impose exclusivity

The only condition is that the programmers make their application accessible on OSVR. In line with the spirit of OSVR, the consortium does not ask developers for exclusivity on their platform. The proposals go before a jury made up of representatives of the different companies in the group who judge whether or not they will invest in the project. The platform is available for free on the Razer website and is compatible with the HTC Vive as well as the Oculus Rift.

This grant which goes in the direction of the original thought of OSVR is still a good point for the consortium. The independent virtual reality scene has been in full swing since the release of the Oculus and Valve headsets, an injection of funds to support original projects can only be positive in this ecosystem. This new platform contains a lot of great promises and is anchored in a very popular ideology in the high-tech world.. OSVR aims to become a fertile ground for the development of virtual reality, let's hope that the fruits are up to our hopes.

[Flash] The final version of the Oculus Rift unveiled! ❯

add a comment of OSVR - A 5 million scholarship for developers