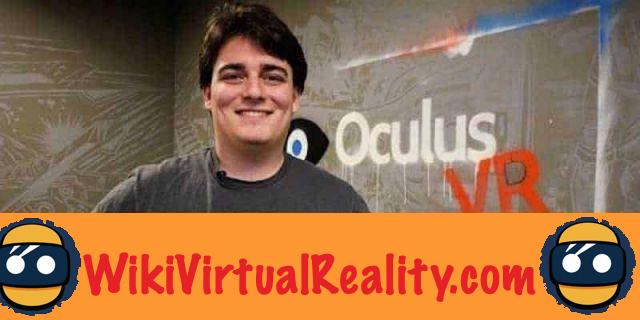 If the success of DK1 (development kit) of the Oculus Rift is well established, what about DK2? Today, although we do not know much more about this new development kit called Crystal Cove, we are nevertheless able to talk about it more calmly thanks to the words of Palmer Luckey.

This young inventor, who, let us remember, is slightly skeptical about the various disclosures of his DKs, has nonetheless released some information that could greatly interest us. As we all know, Crystal Cove will be equipped with Positional Head Tracking. This will then allow you to get closer to the ground to zoom in on certain objects or textures that you want to admire more closely. A plus for typical God View games. But the improvements don't stop there!

And yes, many of you “complain” about the poor resolution of the DK1. This will be improved on Crystal Cove. However, it's important to remember that DKs are primarily designed for developers. Under no circumstances should the development kits be taken as a final version!

This is how Palmer Luckey spoke when he spoke about the different components that will create the final Rift. If it remains very mysterious about their subjects in all respects, we still know that they are rare on the market. Would OculusVR see things too big? Although we do not know more about these components, we do learn from the mouth of the creator that the Crystal Cove will be equipped with the main materials planned for the final version. To believe that the Crystal Cove will be a very close version of the final Oculus Rift!

But don't get carried away too quickly! If you were hoping to have an almost completely finished version, know that Palmer Luckey is planning an improvement in resolution, tracking, weight, dimensions and lenses for the final version. OculusVR want to create the revolution and want to hit hard in the world of video games.


Mysterious as always in order to avoid possible competition, Palmer Luckey does not say more about the release or even the price. However, his words make it possible to imagine the verdict:

These words set the tone! Hopefully the Crystal Cove will live up to our requirements. A little thought also for the final version which I hope will find its place in the middle of the PS4 and Xbox One.