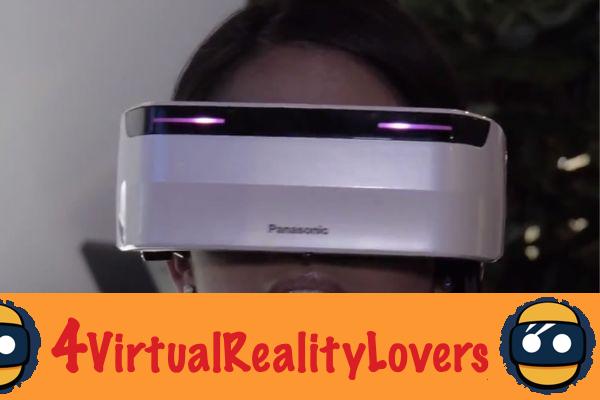 Virtual reality headsets are now legion and the main players in IT and electronics have developed their devices by focusing on a different audience. Panasonic is not to be outdone and also presented during CES 2017 its virtual reality headset, VR Headset, which offers very interesting features.

VR Headset, the first headset that covers the entire field of vision 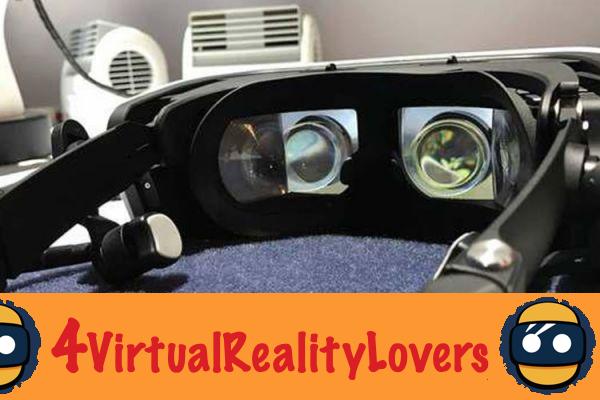 One of the main problems with virtual reality headsets is that the field of vision offered remains limited. HTC Vive and Oculus Rift headsets for example only cover an angle of 110 degrees while the human visual field is 220 degrees. The Chinese company Pimax presented its Pimax 8K headset which covers 200 degrees, a real step forward but it still lacks a little to cover the entire visual field. This is the challenge taken up by Panasonic with its VR Headset prototype.

By fully covering the human field of vision, the VR Headset allows a much more intense immersion. This particularity of the FOV 220 degrees covering the entire visual field also makes it possible to envisage specific applications, in particular educational. For this, the helmet uses 4 lenses to offer a complete field of vision. The Japanese manufacturer hears for example with his helmet improve driving and piloting training, but also improve the training of firefighters or surgeons. This headset will also allow us to better study our visual faculties in specific environments. 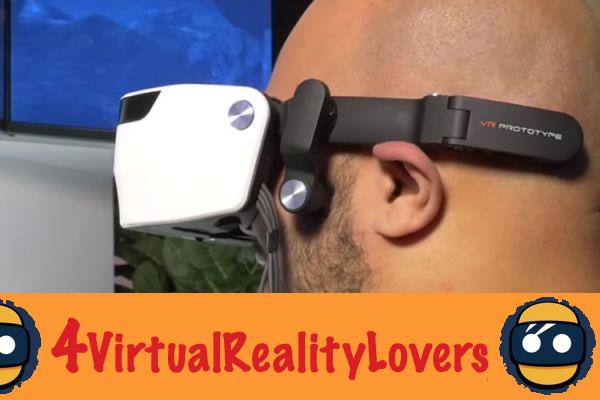 Another remarkable point of the virtual reality headset presented by Panasonic is the system used for audio. Unlike its competitors, VR Headset uses bone conduction audio technology. This technique, initially developed by the military, sends vibrations into the jaw which transmits them to the inner ear. This surprising technology allows you to hear the sounds of the application used without disconnecting from the outside world, the ears not being obstructed by headphones.

Note, finally, that the VR Headset can also be synchronized with a 360 degree Ultra HD camera. With the VR Headset, Panasonic is targeting a different market, primarily focused on training and education. The virtual reality headset from the Japanese electronics giant is only a prototype for the moment. Panasonic does not consider marketing until 2018. The Osaka-based company has not given a price range for its future headset either. You can see a demonstration of the prototype in the video below: