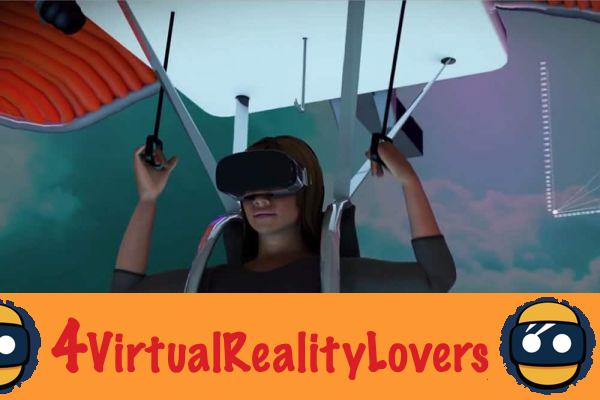 Virtual reality makes it possible to achieve many sensations. Increasingly present in amusement parks, arcades and entertainment centers, VR makes it possible to live emotions, adventures and simulate sports in complete safety see to achieve crazy VR experiences. From the roller coaster, which offers an immersive experience to the most realistic simulators, virtual reality is constantly renewing itself and opening up new fields of possibilities. This time, it is the British company "Frontgrid" which offers Paradrop VR, a virtual reality game which is a real paragliding descent simulator.. 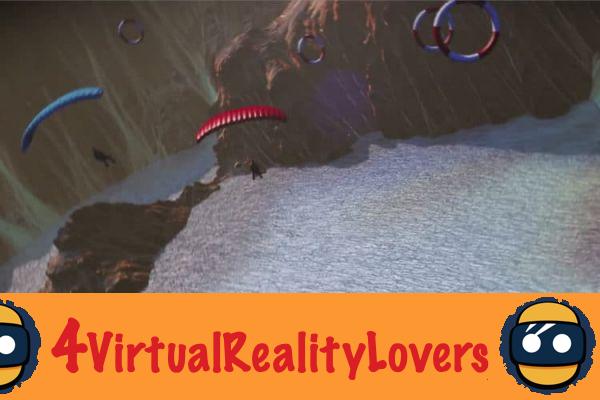 The Paradrop simulator offers users a particularly realistic immersion of a paraglider flight. The user will have to fly his wing to follow the path of the game. All the sensations of paragliding flight are reproduced with Paradrop VR. Placed on a seat and equipped with a harness, the user will feel the movements of the paraglider as well as the sensations of a sudden fall or even a gentle deceleration. The lucky ones who were able to test the attraction designed by the British team speak of an authentic sensation of gliding and flying.

But make no mistake, Paradrop VR is above all a game that even if it offers a great freedom of flight will require you to cross rings to accumulate points. A smartphone application even allows you to share your points with friends and build a ranking. Paradrop VR is an attraction that will delight young and old alike, as its play potential is great in addition to the feeling of adventure offered by the paragliding simulator.


Paradrop VR is designed for arcades and amusement parks

The Paradrop VR attraction has been designed to be placed in a large number of places. Completely modular and configurable, the attraction adapts to many spaces and it is possible to choose the desired number of simulators. There is no doubt that you will soon find Paradrop VR in leisure parks, entertainment centers, arcades, etc.  Originally presented at the Euro Attractions Show 2017 in Berlin, Paradrop VR is now available for professionals who would like to add such an attraction to their premises. 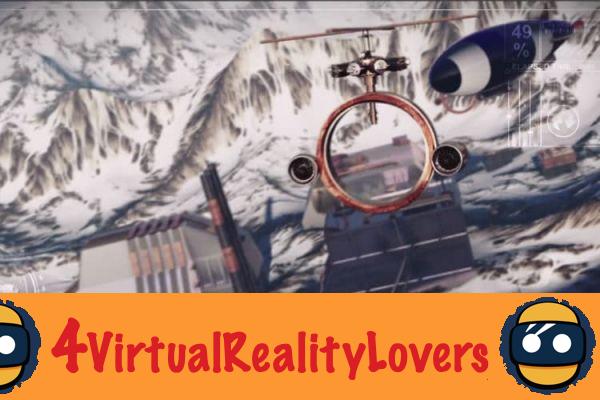 The attraction will be launched in the spring in a first leisure center in Denmark, at the Universe Science Park. Jonas Luttermann, his manager, ensures: “”.

Pokémon Go: how to use the Sinnoh stone for gen 4 evolutions ❯