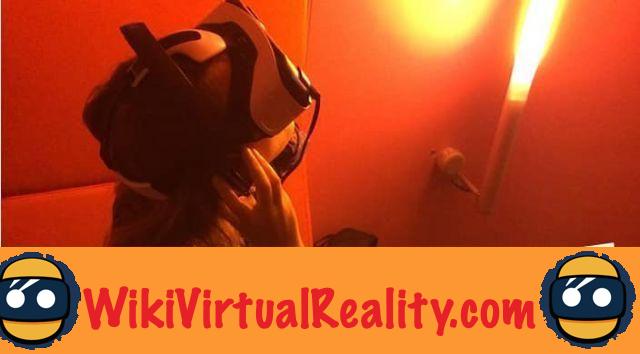 So from 17 at 18 June the very first festival dedicated to virtual reality, the Paris Virtual Film Festival, will be held at the Forum des Images in Paris. The festival will therefore be held on a Friday and a Saturday of 12h30 to 20h. The festival, wanting to be open to all, preferred to sell its seats at a reasonable price, 9 € the 1 day pass, with a reduced rate of € 7.

Its main organizer Michael Swierczynski, director of digital development at the Forum des Images and formerly responsible for the INA web hub, announces that the goal is “by adding The goal is to make the Paris Virtual Film Festival a general public festival, far from the glitter of the Cannes festival, so that everyone can discover the many small films in competition, previously selected: 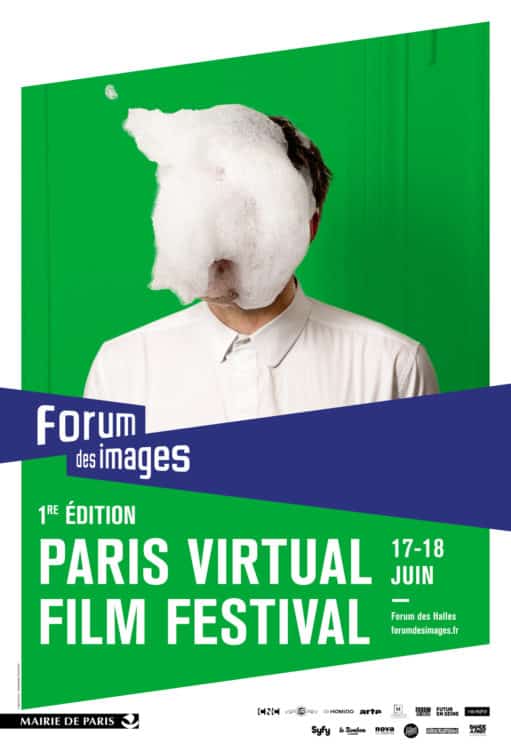 DMZ : MEMORIES OF A NO MAN’S LAND
by Hayoun Kwon | France 2015 coul. 4min40 min
Production : INNERSPACE VR
plunges the viewer into a forbidden place: the Korean Demilitarized Zone, a strip of land approximately 248 km long by 4 km wide separating North and South Korea. In this eye-opening documentary, you'll learn about the area through the memories of a former soldier

I, PHILIP
by Pierre Zandrowicz | France 2016 col. 14 mins
Production: Okio Studio, Saint George Studio, Arte France
23 years after the death of Philip K. Dick in 2005, David Hanson, a young robotics engineer, unveils his first human-shaped android: Phil. Immersion in the memories of what could be the last love story of the writer. But aren't these memories the fruit of the imagination of an android who has gradually learned to be human?


JET LAG
by Pierre Friquet | France 2015 col. 9 min
Production: Finally Bref Productions, Ando, ​​Pyare
Separated by continents, two women exchange messages. To express their love despite the distance, Ju performs a traditional Indian dance while Tanushree indulges in capoeira. They enter into a temporary union. But Tanushree's reason leads him to question their relationship: Ju then gets lost in a poetic world.

PERI
by Balthazar Auxietre | France 2016 col. 3min20 and 12min Production: Innerspace VR
Inspired by Walt Disney's Fantasia, is a breathtaking "pas de deux", in which one of the two dancers will be embodied by yourself! Take on the role of Iskender, a dying prince, in search of "the flower of immortality" and face a magnificent ballerina who will try to bewitch you to prevent you from taking possession of the flower.

NOTES ON BLINDNESS : INTO DARKNESS
by Arnaud Colinart, Amaury La Burthe, Peter Middleton, James Spinney | France / Great Britain 2016 col. 10min | Production: Ex Nihilo, Archer's Mark, Audiogaming, Arte France
is an interactive virtual reality experience based on the audio diary of John Hull, professor of theology and writer, who went blind in 1983. It invites the viewer on an immersive journey to discover a world "beyond sight. ".

MEANING
by Charles Ayat, Armand Lemarchand, Marc-Antoine Mathieu | France 2016 col. 10 minutes
Production : Red Corner
is the first virtual reality video game adapted from a comic book. Immersed in a graphic labyrinth, you can only count on the arrows which will take a thousand shapes on your way. Where are they leading? Beyond many limits, starting with yours ...

ONE!
by Michel Reilhac | France 2016 col. 12 min
Production: Blend
3 women and 4 men, naked, appearing out of nowhere, on a white background, in the sunny space of a luminous timeless room. They meet, touch, share their energy, and transform spiritually. They merge with the world.
Access with pass without reservation
Forbidden to less than 16 years


The advantages of the Paris Virtual Film Festival

In addition, in this Paris Virtual Film Festival, there will be an international selection of 8 films and an OFF selection of 3 other films that you can find here.

There will also be many exchanges between professionals, which will be transcribed to the public on Saturday June 18 at 18 p.m. and which will involve members of the VR Lab in particular. Will also be organized un workshop common for apprentice filmmakers and technicians who will be able to try their hand at VR with the help of professionals in the field, the goal according to the organizers is.

Delivery charges round tables will also be organized and will be free entry. These will reflect on various topics in the field of cinema and VR, such as that of Saturday June 18 at 15 p.m. : Is this new genre the future of communication. If so, for what specific uses?

Here is a whole lot of activities and possibilities of fascinating VR experiences that the Paris Virtual Film Festival offers, which will put at the level of artistic the use of virtual reality and which in addition is simply open to the general public.