PickupVr may be the cinema of tomorrow 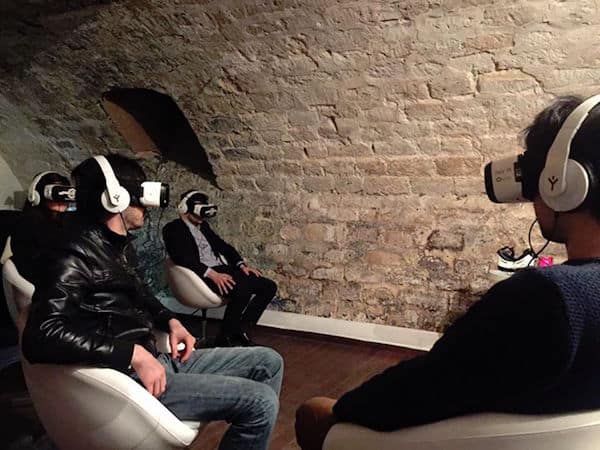 Far from Amsterdam and its hall entirely dedicated to virtual reality cinema, I went to a completely different place. Not far from Bastille and its bars, I have an appointment at 22 p.m. for a virtual reality session. Arrived at the address indicated, I was surprised to discover, not a cinema, but a restaurant. But think again, this is where the session takes place. Just below the tables and hungry customers, in the cellar, a dozen swivel chairs are frozen in front of a wall. At the back, as many virtual reality headsets, Samsung Gear VR. We are offered to put our coats on the coat rack which is just to enter it, then to take place on one of the chairs. After a short explanation on the Samsung Gear VR, we are launched, which will be the session. 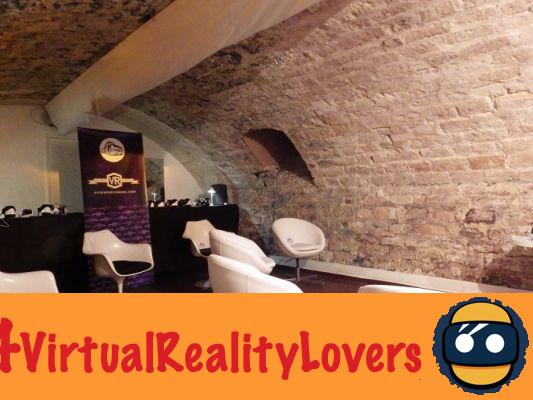 Aaron Bradbury's first film, LoVr, tells us about a romantic encounter, but in graphic form based on data from the neurological activity of the two protagonists. It's quite impressive, especially for a first virtual reality experience. Texts, shapes, lines that move, that go everywhere, in the end it's quite complicated to fix a single element because there are so many.

Sonar, travel in a dark space

After the five minutes of the romantic encounter, it is time for the second film, Sonar by Philipp Mass and Dominik Stokhausen. On board a drone, you discover space as you have never seen it before. The ship grazes the walls, passes small holes, and all this is very poorly lit. The passages of the drone above the void paralyze me, but I am not at the end of my surprises. My ship stops and after a few seconds a terrifying creature appears! I was on the verge of removing my helmet and going, far!


Manhattan from the sky

For the third film, direction Manhattan. A small troupe at the foot of the Flat Iron Building helps the artist JR to realize his new project. For the cover of an issue of New York Magazine, the artist wants to photograph from a helicopter the giant photo stuck on the sidewalk. On board the helicopter, you can discover New York Island with a magnificent view. This is especially what I learned from the film, in addition to the dizziness.

And finally for the fourth film, still in New York we attend a scene from the musical show The Lion King, but with more choice, since you find yourself among the dancers and in the spotlight.

An interesting, but painful experience

My impressions of this experience are mixed. First of all the welcome by the PickupVr cinema team is excellent et alright more user-friendly than in a classic cinema. As far as virtual reality is concerned, I was taken to real feeling dizzy when the camera passed over the void, it was quite strange. Despite the not very good quality of the Samsung Gear VR, the films are really spectacular, but far from the film scenarios that we find in cinemas. Although the films are very short for the moment, because the quality is not always clear, despite the wheel to adjust the lenses, very quickly, at the end of the second film we feel a little headache, as after having been dizzy. And even more when leaving the cinema.

And then virtual reality cinema is pretty sad. With a helmet screwed on the head and another on the ears, the atmosphere between a virtual reality cinema and a classic cinema has nothing to do with it. It's nice to hear the cries of emotion from the spectators present in the room, but with this cinema we have no link with everything that happens outside the Samsung screen. We can't help but think of the photo of Mark Zuckeberg walking past a crowd equipped with virtual reality headsets.

HoneyVR claims to be the largest library of 360 movies ❯

add a comment of PickupVr may be the cinema of tomorrow