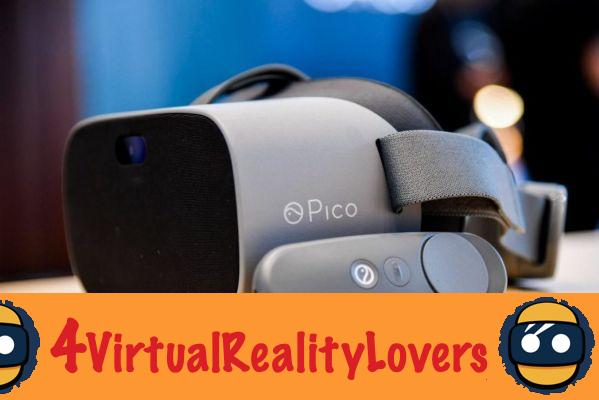 Chinese standalone VR headset maker Pico Interactive, based in Beijing, announces it has lifted 167,5 million Yuan (approximately $ 24,7 million) as part of a series A fundraiser. According to the YiVian site, the two main investors are GF Qianhe and GF Xinde Investment. Other investors, including Jufeng S&T, also participated.

With these funds, Pico intends to continue to play elbows in the all-in-one VR headset market by competing with major players such as Oculus, HTC and Google. According to CEO Henry Zhou, the firm also has increase its investments in 3D capture and augmented reality technologies. One of Pico's projects is to become a company specializing in artificial intelligence dedicated to vision by combining VR, AR and 3D TOF capture technologies and products.

As a reminder, Pico launched its first standalone Neo DK headset in 2016. This VR headset was equipped with a Qualcomm Snapdragon 820 chip. Subsequently, in the summer of 2017, the Chinese firm launched the Pico Goblin accompanied by a Three Degree of Freedom (3DOF) motion sensing controller. At the end of 2017, the manufacturer launched the Pico Neo: the first autonomous VR headset offering both 6DOF head tracking and 6DOF controllers based on ultrasound technology.

Knowing that the controllers of the Oculus Go or the HTC Vive Focus only offer freedom of movement at 3DOF, the Pico Neo already had a head start in the market for stand-alone VR headsets. Now, alongside this fundraising, Pico announces the Pico Goblin 2.

This new all-in-one VR headset differs from the first Goblin with increased screen definition and reduced weight. This is a headset equipped with a Qualcomm Snapdragon 835 XR chip coupled with 4GB of RAM. Its ”highly responsive” LCD screens provide total resolution of 2880 × 1600 with a refresh rate of 75Hz and a field of view (FOV) of 101 degrees.

Pico Goblin 2: a higher screen definition than the Oculus Go 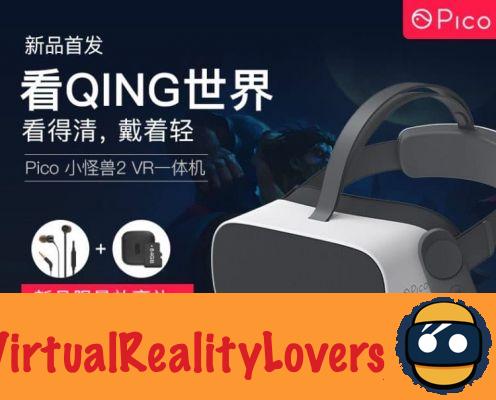 On the front, there is a RGB camera allowing interaction using gesture controls. The internal memory amounts to 64GB, and can be expanded to 256GB through a microSD card. Like the previous Pico headsets, this new model will be compatible with the applications of the Pico Store but also with those of the HTC Vive Wave store (thanks to a partnership with HTC).

Unlike the Pico Neo, this new device will be satisfied with a 3DOF head tracking and a 3DOF controller. Like its competitors, the Chinese has probably decided to limit itself to 3DOF for its Goblin range and to reserve 6DOF for its Neo range.

Chinese consumers can now order the Pico G2 for a price of 2000 yuan, or about 290 dollars. A price similar to that of the first Goblin, and significantly lower than that of the Pico Neo (750 dollars). It is not yet known whether the device will be marketed in our regions.