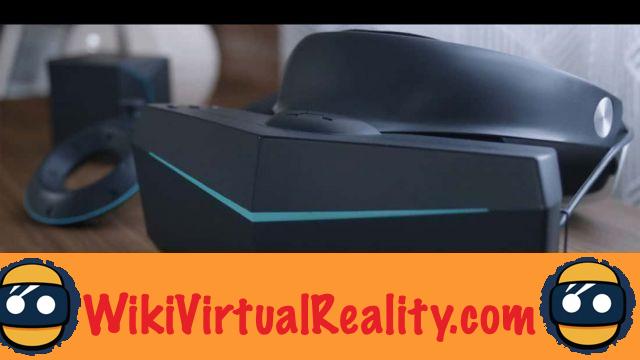 The big day has finally arrived for Pimax, the Chinese manufacturer who wants to double Oculus and HTC in the VR headset market. The firm has just announced that "The obstacles that prevented mass production" of the Pimax 8K headphones were “eliminated last week”. In fact, the mass production of the device will be able to begin in order to deliver the Kickstarter contributors as quickly as possible.

The company does not specify what the problems are who delayed this setting in motion. However, we remember that a concern for the design of the lenses had already caused the delay of the production model M1, initially expected for the month of February 2018. The production was also compromised by the integration of the new SteamVR 2.0 tracking system for the helmet and its controllers.

Pimax 8K: the issues holding back production have finally been overcome

Either way, a little over a month after the delivery of the pre-production M1 models, mass production can finally begin. Pimax specifies that feedback from M1 testers was very useful to him in improving his device. The user experience and the physical characteristics could be fine-tuned taking into account the habits of users according to the different countries.

As a reminder, the Pimax 8K will be the first virtual reality headset to offer two 3840 × 2160 resolution screens. This peculiarity should considerably reinforce the feeling of immersion thanks to graphics of incomparable quality.

Along with this production launch announcement, Pimax unveils some changes to the final version of the product. Thus, depending on the application used and the capabilities of their graphics cards, users can choose to display a field of view of 200 or 170 degrees. In addition, the manufacturer announces the launch of a business version which will be distinguished from the consumer version by a different color.

Eye Tracking and a wider field of view in the HoloLens 2? ❯