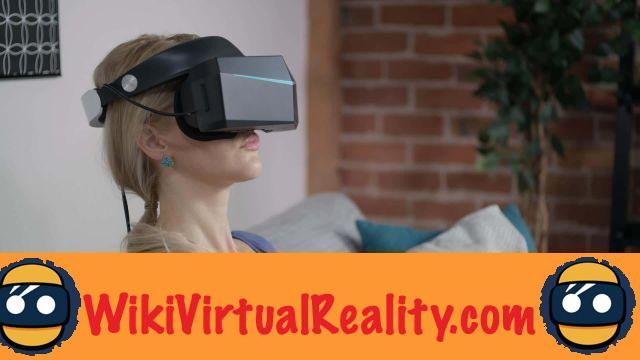 Initially launched on Kickstarter in 2017, the Pimax 8K is a VR headset offering a 200 degree field of view and 8K screen definition. Of significantly superior technical characteristics to those of devices available on the market such as the Oculus Rift and the HTC Vive. Even the recent HTC Vive Pro is satisfied with a definition of 2880 × 1600 and a field of view of 110 degrees.

At the same time, the Chinese manufacturer Pimax has also created two other helmets. 5K takes the characteristics of 8K, but is satisfied (as its name suggests) with a 5K definition. The 5K Plus is a third headset, unveiled in September 2018, which features a 1440p LCD screen instead of the 5K's OLED PenTile screen. These three headsets were extremely successful on Kickstarter, to the point that the manufacturer was even able to finance the development of a wireless adapter and an eye tracking system.

However, while the first contributors were supposed to receive their helmets in January 2018, the company has accumulated a lot of delay. In October 2018, Pimax only started to deliver its first backers. However, the Chinese intends to deliver all contributors by the end of 2018.

The big news of the day, however, is that pre-orders for the Pimax 8K, 5K and 5K Plus are now open to everyone. The 8K is offered for $ 799, the 5K Plus for $ 699, and the 5K Business Edition for $ 999. For 169 dollars more, it is possible to receive the Leap Motion finger tracking accessory as a bonus. A bundle with NVIDIA RX 2080 graphics card is also available. Deliveries are scheduled for January 2019 at the earliest.


Note, however, that only helmets will be available initially. Motion-sensing controllers and tracking stations are expected for 2019. In the meantime, users will need to purchase Lighthouse tracking stations from HTC for 149,99 euros each. Indeed, Pimax headsets are based on the same SteamVR tracking system as the HTC Vive.


After more than a year of delay, the general public will finally be able to get their hands on Pimax helmets. However, he ris to hope that the manufacturer is able to meet the demand which could well exceed its forecasts ... 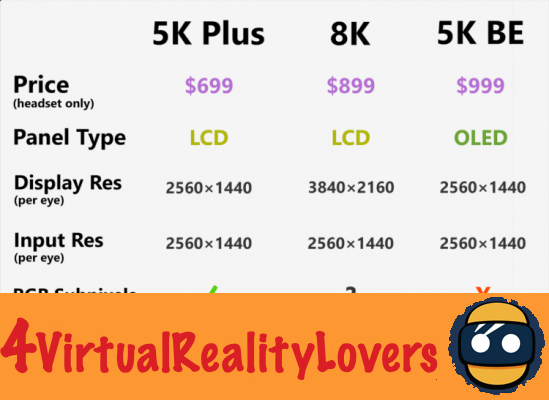 add a comment of Pimax: the 1st 8K VR headset available for pre-order for $ 799