Play along with your music in Audioshield on Oculus Quest 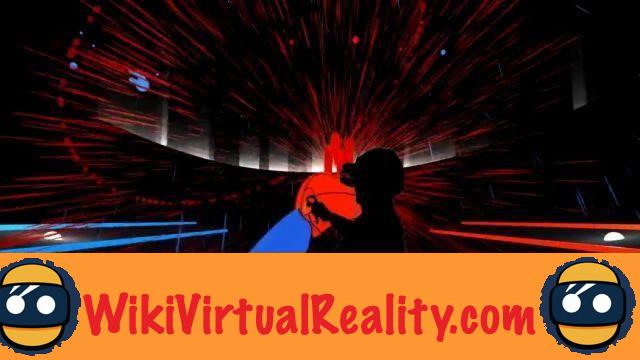 Virtual reality rhythm games are all the rage right now. The success of Beat Saber can attest to this. In addition, titles like Synth Riders or Audica, as well as many others are also participating in the party. Especially during confinement, when they allow you to move and exercise while staying at home. However, we should not forget one of the first games of the genre, released in 2016. Indeed, Audioshield is among the precursors of rhythm games on this platform. However, here he offers himself an exit on the Oculus Quest, four years later.

Audioshield did not invent the concept of games where the music dictates the movements to be made. On the other hand, he brought an interesting option with unlimited possibilities. It is the ability to automatically create levels for any song added by the user. In 2016, it even made it possible to do so from a video on YouTube. By disembarking on the Quest, players will be able to use their own MP3 library.

There are several ways to do this. It is first possible to transfer your audio files by plugging the headphones into USB, as one would for any other mobile device. Otherwise, the Quest can access Google Drive and Dropbox online storage services. All you have to do is log into your account from the web browser. From there, it only remains to recover the desired pieces. They will then be in the “Downloads” folder, which Audioshield can access to create its levels. It has also been confirmed that the game also recognizes files contained in the “Music” folder.

Thus, with this function, Audioshield offers unlimited content since it is the players who add whatever they want. An interesting alternative if you are tired of doing the same songs over and over again on Beat Saber. Dylan Fitterer's game will be available for the Oculus Quest on Steam from April 16. It should be offered at its current price of 19,99 euros.

Some tips that will improve your PlayStation VR experience ❯