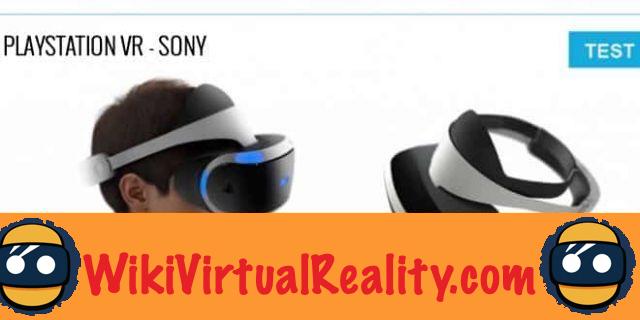 SONY unveiled a whole New version of its virtual reality headset, the Playstation VR, during the GDC 2015 (Game Developers Conference), including a redesigned design, technical improvements and new series of demos to show the extent of all these improvements. The firm has already had to deal with the Oculus Rift, with the latest model, the Crescent Bay, which pushed the boundaries of VR technology. But in addition to its main competitor, the Playstation VR must now to face has a brand new competitor: The Vive HTC from Valve.

Quite frankly, both Sony and Valve offer headsets with a similar gaming experience and already have a release date: respectively october 2016 et march 2016. The same can't be said for the Oculus Rift. The improvements made by SONY since 2014 on the first version of its headset, make the Playstation VR a serious contender for the throne. 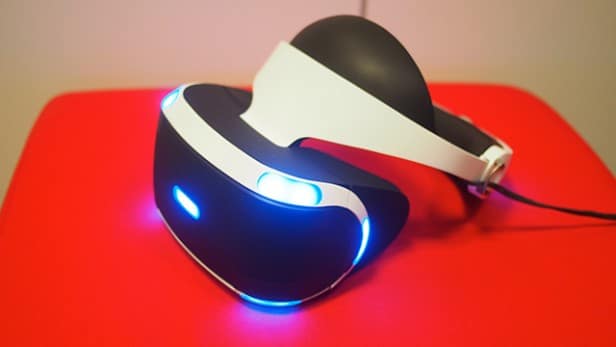 Now Playstation VR has a OLED screen bigger, of 5,7 inches with a resolution of 1920 x 1080p. Sony has also extended the 100 degree field of view (which approximates the human visual field), which will then allow to enjoy a more immersive gaming experience than before. During the test of the headset with the demo of “Payday”, there was no no motion blur, even when we had to dodge the bullets going past our ears by moving our head at full speed.


This is made possible by the presence of three new blue LEDs on this new version of Morpheus, bringing the number of these LEDs to new (one on the front and the other two on the sides) which provide good 360 degree tracking head movements. 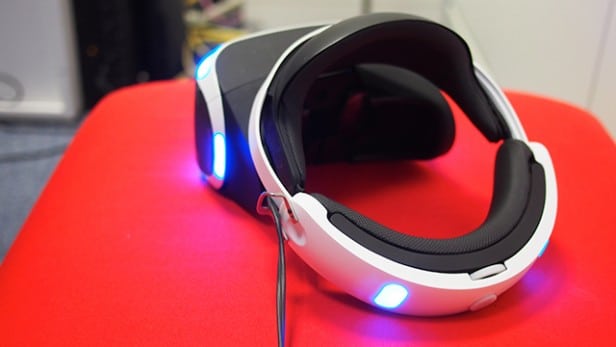 Playstation VR is perhaps one of the only viable VR headset on the market today. This is even more the case with this latest model and its refined design who can be worn comfortably. This model is lighter than the previous one (although we do not yet have precise figures), much more comfortable than these two main rivals. Regarding the screen, we are assured that it takes into account the frames of large spectacle lenses, which is not the case with all helmets.

This new Playstation VR stands on the head usinga single strip with a sacred clothe quick open button, making it much easier to adapt or remove when you're done playing. The helmet does no pressure on your eyes or facebecause the weight is on the back and on the top of your head, where the band is and on top of your forehead. Note, however, that there is a problem with the screen fogging, but this is not specific to the Playstation VR, but to all virtual reality headsets, when they are passed from one person to another . 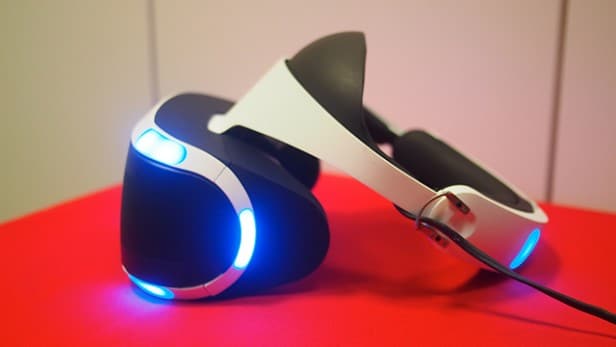 Other improvements, Sony also added the Binaural 3D audio system and Social Screen functionality which also make it possible to social-oriented gaming experience. This feature allows any curious player to see exactly what you are doing in your game, such as a spectator. For example, seeing your friend get riddled with bullets (virtually) in the demo of.


One of the big strengths is that Sony has solved the latency issues, saving you from motion sickness. In fact, latency has been reduced to less than 18ms, which is roughly half the latency of the previous Playstation VR. Combine this low latency with a refresh rate increased to 120 FPS, then provides a visual experience that is almost comparable to PS4 games on a television. 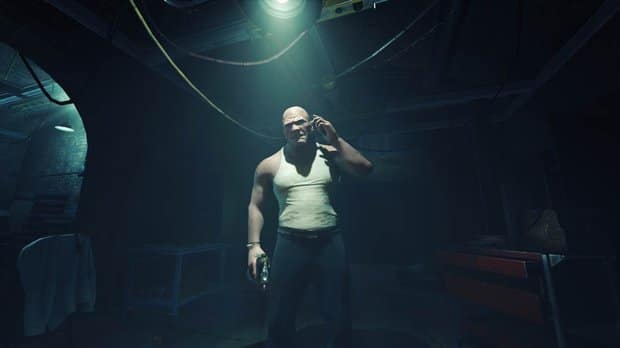 On the equipment side, a pair of Playstation Move in the hands as well as the Playstation VR on the head. Immediately we are prompted to sit down and we are plunged into a smoky room with a rather beefy man sitting opposite.

We began to look around, discovering the world we immersed ourselves in until our compatriot caught our eye. Holding up a blowtorch, the person asks us where Serena is while turning the flame in our direction. We go back to the bottom of the seat instinctively and as his blowtorch approaches us, then suddenly, the phone rings. 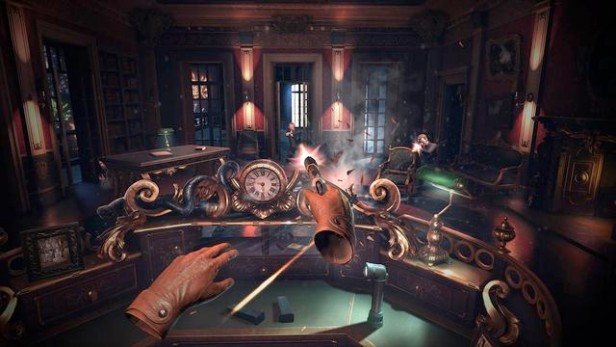 We believed in a moment of relief except that the call was actually… for us. Suddenly the Playstation Move turn into a pair of handss and then allow us to perform several actions such as getting up and picking up the phone. The phone sound becomes stronger and weaker depending on the proximity to the ear. It may seem trivial, but makes the immersion much more real and deep. However, it's a shame that London Studios didn't add an arm to our virtual hands.

In the middle of the phone conversation, we are transported to a room, hidden behind a desk with several drawers to examine. Using the controllers' triggers, we pick up a torch from the ground to open the drawers and loot them. A voice in our ear signals as guards patrol all around our position and invites us to hide under the desk as they approach. Finally, we managed to avoid being detected by the guards until we found a key allowing me to open a safe that contained a rather impressive diamond.

Place at the best moment of the demo, that of killing all our pursuers. Stick the magazine in the gun like a real gangster and time for action. What a pleasure ! The playing feel is really different and total immersion. A problem nevertheless during this phase, impossible to hold the weapon with the right hand, it is very mower, poor left-handed that we are.

We tried a lot of VR game demos over the past year and the interactive experience that Payday The London Heist offers is definitely the most immersive all. Even Valve's helmet demos are much more passive than those offered by London Studios. Payday gives a real feel for what to expect from a full VR game and we wouldn't be surprised if this one released along with the Playstation VR headset in October 2016 for a price of 399 €. In a word: bluffing.

Design: Sony has designed a very aesthetic headset in the franchise colors: black and blue. Simply effective. Features: The Playstation VR has a few features that will be expanded later. Sound: Regarding sound, SONY has nothing more to prove on this side, through its musical products. Video: SONY really worked hard on the video for this gaming-focused headset. Very good job! Gameplay: Confusing at first because of the helmet, it is forgotten relatively quickly and very manageable thanks to the controllers.

Starting from a joke, the game Banana for Scale becomes (virtual) reality ❯